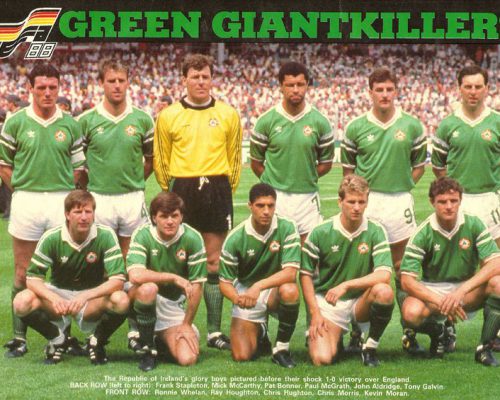 Where were you when the goal was scored?

It’s 30 years ago today (from the time of writing) that The Republic of Ireland played their first match in the 88 Euro Finals against England at the Neckarstadion in Stuttgart which was then West Germany.   The Euro Finals of 88 was the first International competition the boys in green played. The Game was only in it’s 6th minute when Ray Houghton put the ball in the back of the English net!