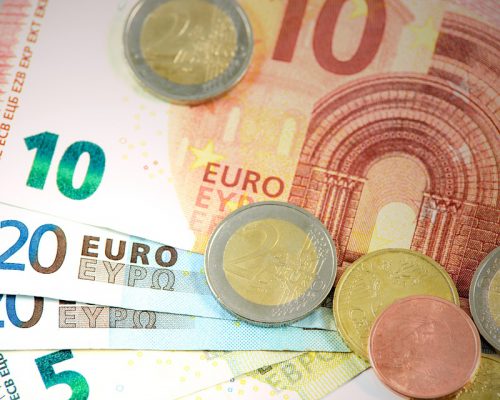 So we’ve just had Budget 2019.  And like it or hate it the budget is an important event that happens every year.
As Minister Paschal Donohoe said in his statement.
“The Budget I am setting out to the House today will further develop the underlying strength and resilience of our economy. We will manage the public finances responsibly; provide significant additional capital investment to enhance the growth potential of our economy and to improve the quality of life for our people; protect the most vulnerable in our society and promote real and sustainable increases in living standards for all; and prepare the economy for the challenges of Brexit – the best preparation for which is responsible budgetary policy”.

The entry point to the higher rate of income tax for all earners will rise by €750, raising it from €34,550 to €35,300 in the case of a single worker
The third rate of the Universal Social Charge (USC) was reduced from 4.75% to 4.5%
The 9% VAT rate for hotels, restaurants and hairdressing will be increased to 13.5%
An additional investment of €1.2 billion will be provided for Health Care
An additional €84 million will be provided for Mental Health Services in 2019, bringing the total to €1 billion
There will be a 50 cent reduction in prescription charges from €2.00 to €1.50 for all medical card holders over the age of 70
There will also be a €10 reduction in the monthly Drugs Payment Scheme threshold from €134 to €124
There will be a €25 increase in the weekly income threshold for GP Visit cards
The hourly minimum wage will be increased to €9.80 from €9.55
A total of €2.3 billion is to be allocated to the housing programme for 2019 which includes €1.25 billion for the delivery of 10,000 new social homes in 2019 through a combination of construction, acquisition and leasing
A €10,000 increase in the inheritance tax threshold from parents to children was announced. €310,000 to €320,000
€5 per week increase in all weekly social welfare payments, from next March
100% Christmas bonus payment to all social welfare recipients
The price of a pack of 20 cigarettes is being increased by 50 cents, bringing the price of cigarettes to an average of  €12.70
There will be a 1% surcharge for diesel vehicles to apply across all VRT bands

So what are people saying about Budget 2019?  We had a look on Twitter.

Whatever about restaurants in Dublin, where there is a critical mass to maintain them to some extent, it’s the restaurants everywhere else that will suffer even more. #Waterford food scene is struggling at the best of times. This will close some for sure. #Budget19

No mention of a vacant homes tax or enhancing vacant site levies which are key to addressing housing & land hoarding. We need carrots AND sticks to address this crisis #emptyhomes #budget2019 #budget19

“No increase in carbon tax”.
Barely a day after release of the dire #IPCC report, with these five words, @FineGael seals its legacy on #climatechange in #Budget2019

The verdict on #Budget2019 failure to increase carbon tax in response to stark climate change indicators and Ireland’s on-going failure to reduce emissions https://t.co/np22m2KwjT via @IrishTimesBiz

Government to announce 100,000 more people to be entitled to free GP care in #Budget2019. It’s a wonderful aspiration, and something I would love to see rolled out. However, they may have difficult finding the actual GPs…. #resourceGP #ReverseFEMPI #Budget19 pic.twitter.com/x0iFhHwOOy

The meaty stuff is in the Budget papers. Government projects a real cut (after inflation) on spending for public services per capita of nearly 8 percent by 2023 – a real squeeze considering rising demographic costs. So much for a ‘caring’, ‘progressive’ budget. #Budget2019 pic.twitter.com/kXbFBM2iXZ

VAT increased on the job-creating hospitality sector, but VAT decreased on obsolete newspapers. This Irish Government looks after its friends, not the country. #Budget2019

Quite depressing that welfare recipients will do significantly better out of #Budget2019 than the vast majority working people. Depressing but not surprising