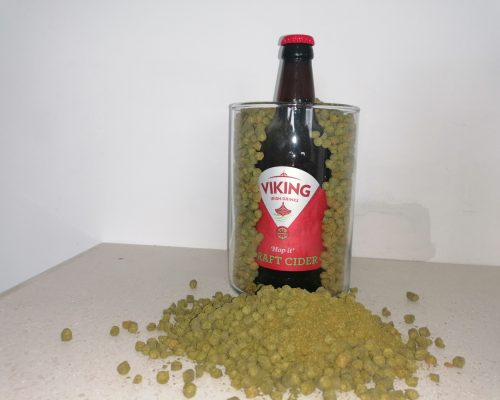 Viking Irish Drinks derives from the area of its orchards in the Barony of Gaultier, East Waterford near the estuary of the Three Sister’s rivers, the Barrow,the Nore and the Suir.

Viking Irish Drinks was created by entrepreneur David Dennison and when the first cider was bottled, the flag ship Viking Irish medium dry Cider was born. It was soon followed by the immensely popular Viking Irish Harvest Blush,and to cap the current selection, Ireland’s first Hop flavoured cider, Hop it.