Clocks are Going Forward but Why? 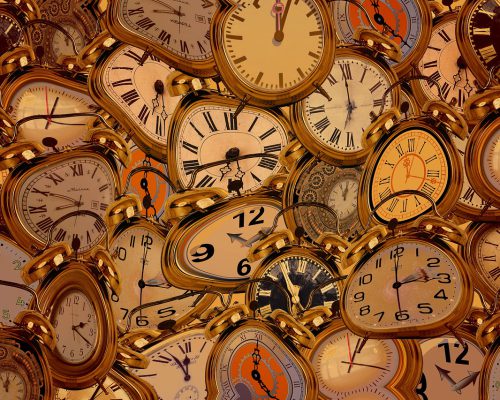 Clocks are Going Forward but Why?

Irish “Summer Time” officially starts at 1 am on Sunday, when the clocks go forward an hour.

Every year the clocks for forward and back but did you ever wonder why we do this?  It happens to all of us when we wake on that Sunday morning when the clocks turn wondering if the time on your phone or your smart device is the right time.  Well, it is because smart devices change automatically.  But you still have to go around the house and change the rest of them

The clocks forward this Sunday the 29th of March

In the crazy world that we are now living in you may be asking why do we need an extra hour of daylight especially when we can’t really go anywhere and let’s face it we probably won’t be able to make use of that extra hour for a while.
The main purpose of  “Summer Time” is to make better use of daylight. We change our clocks during the summer months to move an hour of daylight from the morning to the evening. Countries have different change dates.
People who live near the equator, day and night are nearly the same length (12 hours). But elsewhere on Earth, there is much more daylight in the summer than in the winter. The closer you live to the North or South Pole, the longer the period of daylight in the summer. Thus, “Summer Time” is usually not helpful in the tropics, and countries near the equator generally do not change their clocks.
Here are some of the reasons for changing clocks

Did you know that it was Benjamin Franklin who came up with the idea of changing the clocks?  Well he did.  The energy-saving benefits of Summer Time were recognized during World War II when clocks in Britain were put two hours ahead of GMT during the summer. This became known as Double Summer Time. During the war, clocks remained one hour ahead of GMT throughout the winter.
So there you have it.  The clocks forward this Sunday the 29th of March and they go back again on the 25th of October.