Could there be snow on the way? 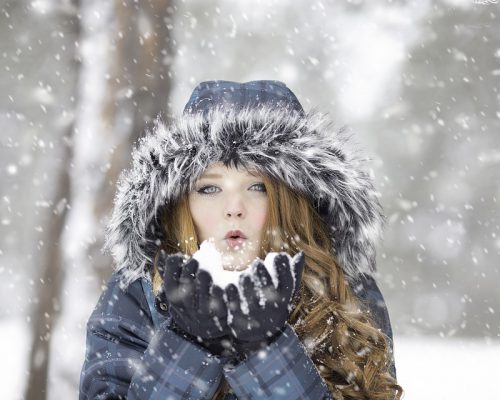 Could there be snow on the way?
There is a lot of speculation on line on when and not if we get snow.  We had a look at what Met Éireann had to say.  It’s going to be COLD but we should be lucky enough here in Waterford to where the snow fall will be on higher ground.

Very cold tonight. Frost will set in quickly after dark, becoming severe, with fairly widespread ice. Mist and fog will form also, with some freezing fog in places. Becoming breezy and rather cloudy later, which should help to clear some of the fog and frost. Some rain becoming heavy will develop in the southwest before dawn, with sleet or hill snow in places. Lowest temperatures -2 to -4 degrees.

Cold and increasingly windy on Thursday. Remaining frost, ice and fog soon clearing. Heavy rain will extend northeastwards during the day, with falls of snow in places but mostly over high ground initially. Top temperatures just 2 to 5 degrees and feeling colder in the easterly wind, but values will reach 6 or 7 degrees in southern coastal fringes.

Headline: Very cold conditions will persist until Sunday. Very frosty nights, with widespread icy conditions. Some wintry precipitation at times too. Less cold from late Sunday onwards but changeable and unsettled.
Thursday night: Very cold and frosty overnight with icy roads and also some lying snow. Frosty from the start over Ulster with some pockets of freezing fog. Windy for a time elsewhere with a mix of rain, sleet and snow. The snow is likely to be heaviest over much of Munster and south Leinster, with some significant accumulations in places. But this band of weather will clear southwards later in the night and the fresh and gusty east to northeast winds will moderate also. Icy here also with lying snow in places. Overnight lows generally below zero between -2 and -5 C., coldest over snow fields but zero or + 1 along the south and southeast coasts.
Friday: Very cold with moderate north or northeast breezes bringing some wintry showers to exposed coastal areas, mainly eastern and also parts of the northwest and west coasts. But most other areas, especially inland parts will be dry with spells of winter sunshine. Very little in the way of a thaw, with top temperatures generally 2 to 4 C., but up to 6 C., in some Atlantic coastal districts.
Bitterly cold overnight, with a severe frost and icy conditions. Lows of -2 to -4 C., generally, but lower over snow fields and perhaps around zero in some Atlantic coastal districts. Many places will be dry, but a few wintry showers are likely to affect coastal areas exposed to the moderate to fresh northerly breeze.
Saturday: Frost and ice clearing slowly in bright fairly sunny weather. A few light wintry flurries in coastal areas exposed to the moderate north to northwest breezes but most places dry. Top afternoon temperature 5 to 7 C., best in Atlantic coastal fringes.
Bitterly cold overnight with lows of -3 to -5 C., generally, but colder over snow fields. There will be a widespread severe frost overnight, with icy roads and some freezing fog can be expected also.
Sunday: Frost, fog and ice clearing gradually, with sunny spells through the morning. Cloud increasing from the Atlantic in the afternoon, with some light rain expected in coastal areas later. Staying cold, with highs of just 4 to 7 C., generally, but up to 7 or 8 C., along Atlantic fringes. A slight frost in eastern areas, but temperatures rising later as cloud and rain is expected to spread in across the country from the west.
Trend: Changeable and unsettled next week with some spells of rain at times. Temperatures around normal by day, but cool at night, with some frost in places.