Culture Night a Look Back 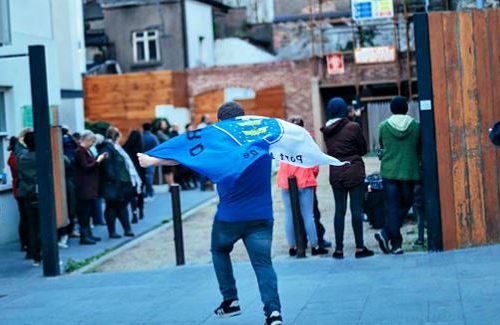 We are always amazed at the talent and creativity of people and Culture Night showcased some of that amazing talent so here is Culture Night a Look Back
Culture night, now in its thirteenth year, took place last Friday night the 21st of September, not ony here in Waterford but all over Ireland.  With venues and public spaces across the island of Ireland  opened their doors to host a programme of free late-night entertainment, as part of an all-island celebration of arts, heritage and culture.
Waterford city coordinator Anna Jorden commented, “Culture Night Waterford 2018 was magic. It started at Friday lunchtime and still throughout the streets of Waterford the following day you could still see traces of Culture buzzing through the people of Waterford. My intention was to create a city party and that is exactly what happened. All types of humans and their hearts expressed their culture. The range was vast. From flash mob to history, poetry and plays to PubHD. Culture is everything. Thank you Waterford Arts office for giving me this freedom and the lovely team that helped create. Thank you Waterford for working together. We are mighty and we are wonderful”.
Culture Night has grown from a relatively small scale cultural event staged only in Dublin in 2006 to the significant national cultural event it now is, with some 400,000 people visiting museums, galleries, historic houses, artists’ studios and cultural centres across the island. The initiative has captured both the public imagination and the enthusiasm of artists and cultural organisations.