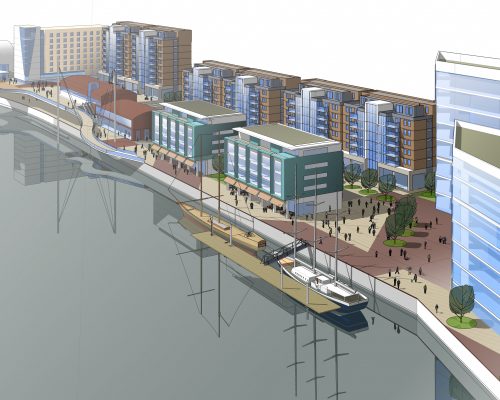 Developer of North Quays Announced; Following on from our post today about the €170.6m investment in North Quays Project in Waterford City, a revised vision for the North Quays has been created by the newly appointed SDZ developer, Harcourt Developments.

Harcourt Developments is a Dublin-based property development and management company with a broad portfolio of award-winning projects.  The company develops residential and commercial projects and has developed and operated and tourism & leisure projects. It has had real estate interests in thirteen different countries.

An important part of Harcourt’s philosophy is to integrate cultural and artistic elements into their projects, and they take pride in creating beautiful buildings and attractive amenities. 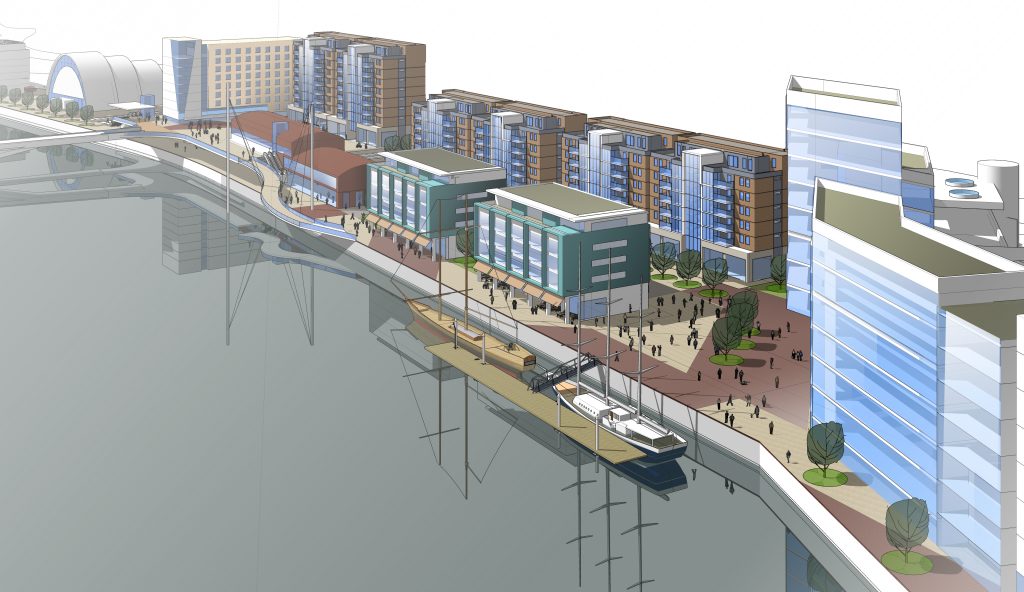 Their portfolio boasts Belfast’s Titanic Quarter, Northern Ireland’s most important regeneration project.  Located in the world-famous birthplace of Titanic and home to the Game of Thrones television production, Titanic Quarter is a vibrant, mixed-use scheme with over 1.8 million sq.ft. (140,000 sqm.) of commercial space, plus residential, retail, and hospitality and tourism spaces. Titanic Belfast is one of Ireland’s most popular tourist attractions.

Harcourt Developments currently have over 4,000 residential units at various stages in the planning and in development including Park West & Parklands at Citywest, Dublin and Bellingham Waterfront in Washington State.

Harcourt Developments is engaging with the Ireland Strategic Investment Fund (ISIF) on structuring an investment proposal for developing the site that would be capable, subject to due diligence and the necessary approvals, of attracting capital on a commercial basis. The Land Development Agency is engaged in respect of the residential element.  These investments are integral in achieving the objectives set out on the National Planning Framework, which calls for the rapid expansion of Waterford city to over 85,000 people.

Developer of North Quays; The direct benefit to Waterford of the investment in the SDZ Site is anticipated to be in excess of €350m over the next six years, with 200 people employed during construction and between 1,200 and 1,500 people employed in phase one of the development from 2025.

The regeneration of the North Quays will also have a positive sustainable and environmental impact as it will enable development of a concentric city and allow access to zoned residential land closer to the city centre, reduce dependency on travel by private car and increase the modal shift of journeys in Waterford city towards walking and cycling, and optimise social cohesion with the creation of public realm corridors.

Waterford City and County Council will also conclude a contract with the successful tenderer for the construction of the Access Infrastructure.