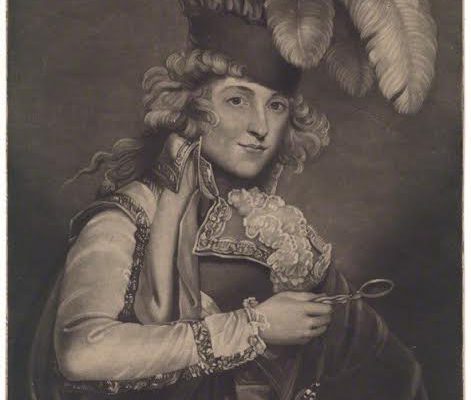 “An empowered woman is powerful beyond measure, and beautiful beyond description”.

“Contemporary Waterford is teeming with ambitious and strong women who are changing the landscape and future of the city with their work and vision. Today’s women follow in the footsteps of those who came before them and the diverse interests of the women of Waterford City are simply fascinating. Megan Winters has teamed up with Waterford In Your Pocket and Paul Dower to celebrate Illuminate HerStory, by picking out two exceptional and contrasting women to highlight in 2017 – Actress Dora Jordan and Activist Rosamond Jacob.”

A woman who followed her heart and damned the consequences – Waterford’s Dora Jordan was the embodiment of the Romantic Era. She followed her passion and her heart across Europe, becoming an accomplished comedy actress, taking lovers and giving birth to a large family.
Dorothea Jordan (21 November 1761 – 5 July 1816) was an Irish actress. She was born Dorothea (sometimes called Dorothy or Dora) Bland. In 1774, her mother, an actress by profession, saw potential in Dorothea and put her on the stage. She became a famous actress of the day and was said to have the most beautiful legs ever seen on the stage. She assumed the name “Mrs. Jordan”, because it was slightly more respectable for a married woman to be on the stage.

Dora, having turned down a marriage proposal early on in her life, went on to love many men without receiving another proposition. She then became the mistress of William, Duke of Clarence, who later became King William IV, which we here at Waterford in Your Pocket understand makes him quite the VIP.
However, his birth right pales in comparison to the naturally glorious Dora. Over 20 years, the couple had at least 10 children and Dora became a kept woman, continuing acting while accumulating offspring. Eventually the good king realised he needed a wealthy wife to support his extravagant lifestyle, and Dora was cast aside. Following their separation, the Duke took control of their sons and Dora took control of their daughters, with the caveat that if she were to return to acting, she would no longer receive any maintenance money from the Duke and would also lose her daughters. Breaching these terms in 1815, Dora fled to France where she died a year later, destitute and alone.


With a sad end to her tale, Dora lived her life fully and with much love and friendship. With 15 known children, Dora left behind a long legacy which leads right back here to Waterford – among her descendants is David Cameron, the former prime minister of Britain, who is descended from Jordan’s daughter Elizabeth, the Countess of Erroll. She was a woman who disdained stereotypes and limitations – may she be an inspiration to us all!
With many thanks to the Irish Genealogical Research Society and the National Portrait Gallery.