Exciting News from The Reg! 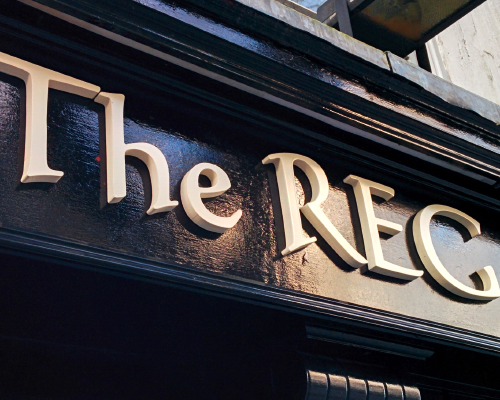 Exciting News from The Reg!

The Friday and Saturday door charge abolished with immediate effect

A year ago, The Reg Waterford introduced a door charge from midnight on Friday and Saturday nights, launched Suas Terrace, Restaurant and Bar  and introduced  a brand new ‘Reg Rewards’ club for locals to become members of The Reg.
Set in the heart of Waterford’s Viking Triangle, The Reg is in a prime location for Waterford’s vibrant and electric night life scene and are delighted that they offer consistent entertainment 7 nights a week.
Following the anniversary  of these events and at the start of the 2019 Churchyard Sessions, The Reg surveyed our customers on how we could further improve the Reg offering. There were two strong recommendations which are customers suggested . The first suggestion was to eliminate the door charge for all locals on Friday and Saturday nights or even have the door charge from later . The second recommendation was to  create a new dedicated exclusive Party  and table service area.
Having listened to this feedback from our customers and as part of maximising all our loyal customers enjoyment of the Reg, The Reg have decided to go further than the suggestion and  completely abolish the Friday and Saturday  door charge with immediate effect.

Exciting plans are also being finalised on a new Party and table service area in the Reg which will open in September but is being kept secret till then !!!! .

The Reg continue to offer a huge range of entertainment 7 nights a week including live music and DJ’s along with live sports, parties and events. The Reg also host Churchyard Sessions which are a series of Free Open-Air Concerts every Saturday night throughout the summer that kicked off on 1st June and will continue until 17th August. Having recently teamed up with Mean Bean Coffee and The Donut Cabin, The Reg are consistently supporting local businesses.

The Reg has 5 bars, a late night venue, roof-top terrace, restaurant along with music 7 nights a week and a new exclusive lounge in the pipeline, planned to be open in September 2019.

Enjoy The Reg 7 nights a week, free of charge!

For more information on The Reg, visit www.thereg.ie