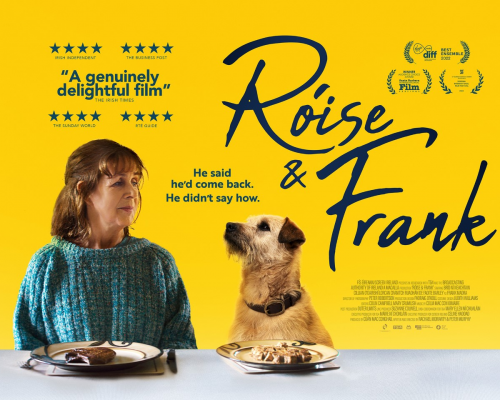 TO BE RELEASED IN CINEMAS NATIONWIDE ON 16th SEPTEMBER

Film Shot in Ring County Waterford Released:- BREAK OUT PICTURES are delighted to announce the release of the award-winning Irish film Róise & Frank  which will screen at the Omniplex in Waterford and Movies @ Dungarvan plus cinemas nationwide on September 16th 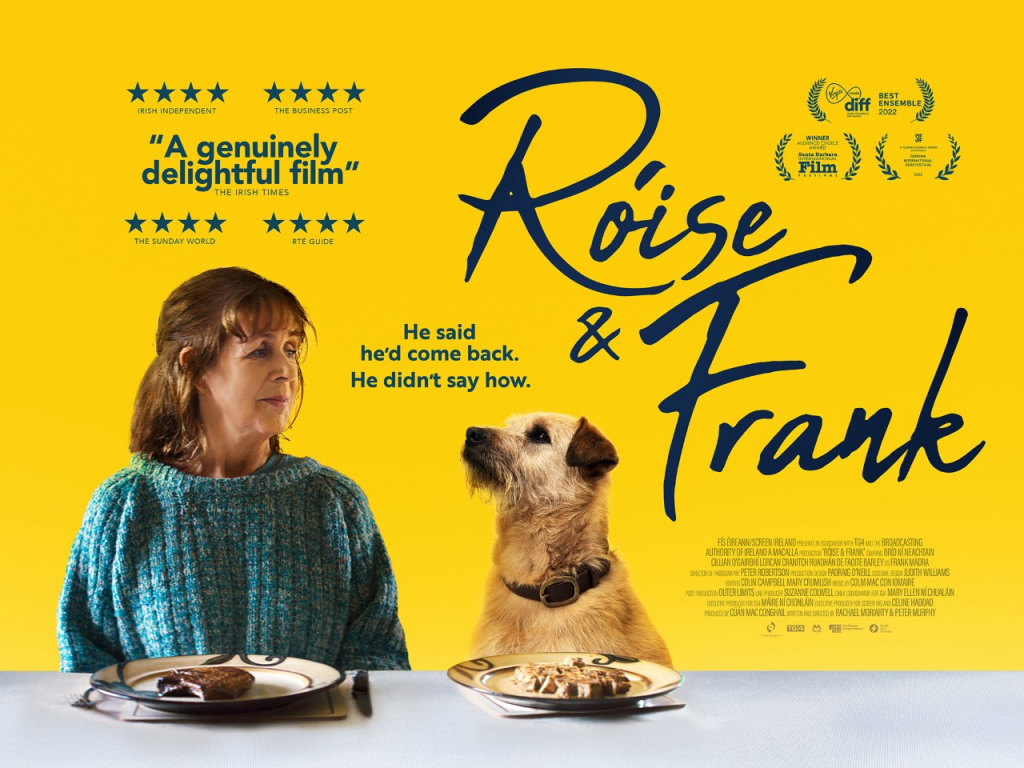 Shot in the beautiful seaside town of Ring in Waterford during the Summer of 2019,  Róise & Frank tells the story of the recently widowed Róise (Bríd Ní Neachtain) who is struggling in the aftermath of her husband Frank’s passing. Grief-stricken and lonely, Róise has distanced herself from the world and those dearest to her.  But when a stray dog appears out of nowhere, following her every move,  a rejuvenated Róise comes to believe in the reincarnation of her husband and the power of enduring life in its next, hopeful steps

The film stars young newcomer Ruadhán de Faoite from Ring who plays a fledgling hurler Maidhchí. Ruadhán was just 12 yrs old during the time of filming and this was his first acting role. He’s now a student at Méanscoil san Nioclás in Ring.  The school scenes were shot in Scoil Náisiúnta na Rinne and many of the extras were students from the school. 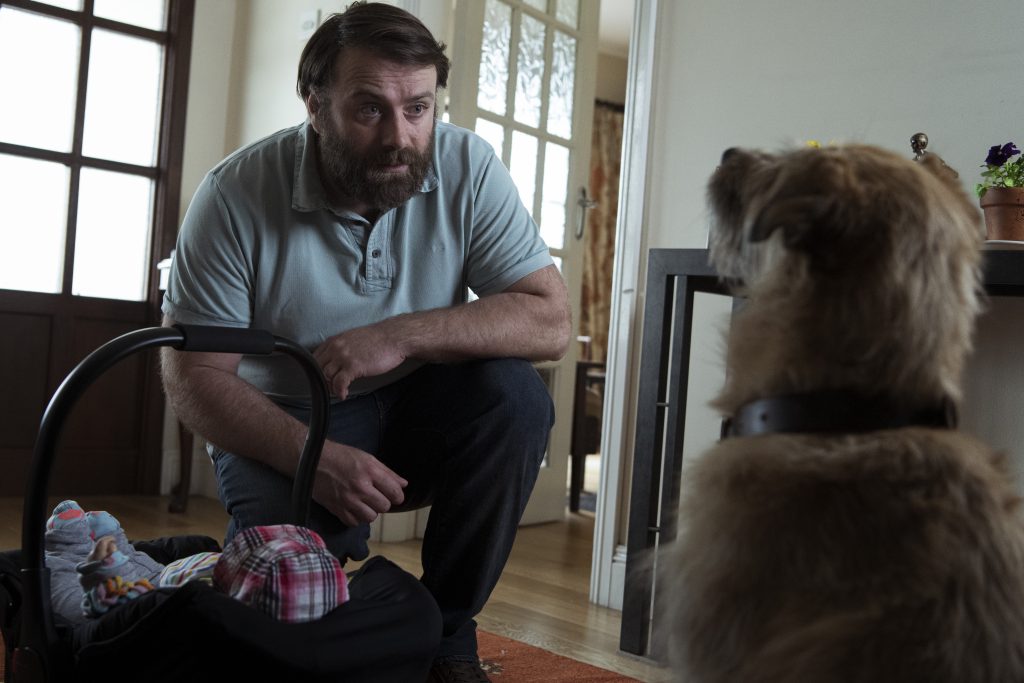 Róise & Frank is an up-lifting tale of shaggy dogs, a grieving widow, the national game of hurling and finding hope in the darkest of places and is winning audience’s hearts everywhere it goes.

Róise & Frank is written and directed by Rachael Moriarty and Peter Murphy and produced by Cúán Mac Conghail of Macalla Teoranta. The film was funded by Screen Ireland, TG4 and the BAI as part of the Cine4 scheme.

Speaking on the upcoming release, directors Peter Murphy & Rachael Moriarty commented that they were “thrilled that Róise & Frank will be in Irish cinemas this Autumn. International audiences have loved the story of Róise, the dog and the hurling so we are hoping our home crowd enjoy it too!”