From the Déise to Denmark 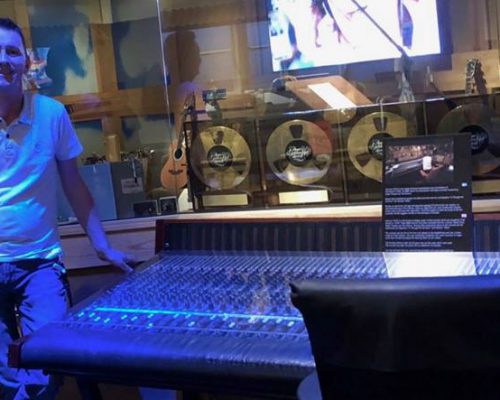 From the Déise to Denmark

Pat Kelly Grew up in Waterford and is now living in Denmark.  With a new song out we thought we’d tell you a little about Pat.

There are so many people with Waterford connections all over the world and indeed people from our shores that have wandered far afield and one such person is a friend of ours Pat Kelly.
Pat who lives in Denmark has been on the music scene in Europe for the past couple of decades. Pat went to school in St Pauls Community College on Browns Road in the city and also De La Salle College.  As Pat says
“Growing up in Waterford city, most nights as a teenager were spent listening to WLR local radio, learning new chords on the guitar and of course writing those really odd lyrics that only a teenager can”.
So why are we telling you about Pat?  Well he has a new song which he wrote and produced called “UNTIL THE EDGE OF TIME” and the singer, Bianca Kinane, is originally from across the river in Clonmel.
Check out the new song and let us know what you think!

Bianca Kinane – Until The Edge Of Time.  Written by Pat Kelly.