King of the Vikings Up for Award 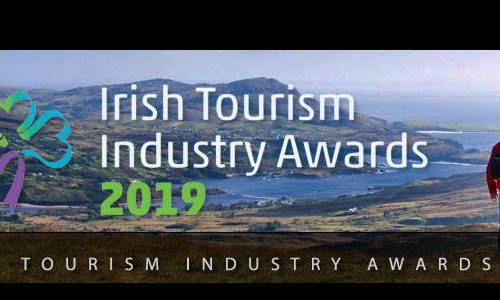 King of the Vikings nominated for Irish Tourism Industry Awards 2019

receives well deserved nomination – a true journey back in time!

Congratulations to all of the team at the world’s first Viking 3D Virtual Reality Adventure – the King of the Vikings on getting to the final 5 nominations for the ‘Best Ireland’s Ancient East Tourism Experience (Small)’ category in the Irish Tourism Industry Awards 2019, which will be held on the 1st of February 2019.
This fabulous attraction by Waterford Treasures has really captured the imagination of all.  Since opening to the public on the 31st of May 2017,  it has become one of the most popular tourist experiences in Waterford and the South East of Ireland and is a must see for so many visitors to the area.
The King of the Vikings experience is an adventure, it’s fun, informative and just literally out of this world! Thanks to ground breaking virtual reality visitors are invited to don special masks and are taken on a journey back to Viking times where the ghost of King Reginald spars with the ghost of an Irish Christian monk.  The innovative technology brings the epic adventures of the Vikings to life, allowing visitors to experience them in a close and personal way.  This meeting of history and technology excites the imagination and ensure a memorable experience.

Thanks to funding from Fáilte Ireland, Ireland’s Ancient East and Waterford City and County Council and the imaginative use of the latest virtual reality technology the momentous epic story of Reginald, King of the Vikings was established and is spectacularly brought to life.  This Viking Virtual Reality adventure is a world first and is located in a reproduction Waterford Viking house in Bailey’s New Street, just three minutes walk from Reginald’s Tower, at the very apex of the City’s Viking Triangle, where Reginald built his fort in 917.
In 917, exactly  1100 years ago last year, Reginald, ‘King of all the Foreigners of England and Ireland’, led a huge fleet of Viking longships  into Waterford Harbour and built a fort on the banks of the majestic River Suir and laid the foundations of Ireland’s oldest city.  Reginald is forever associated with Waterford, his tower is the only monument in Ireland named in honour of a Viking.
Here’s a taste of the journey as reported by Damien Tiernan celebrating the 1100th year anniversary on  RTE News in 2017…

We wish all the team at King of the Vikings the very best of luck in the finals of The Irish Tourism Industry Awards in February 2019!

For more information about the King of the Vikings experience check out their Facebook page HERE or their website HERE.