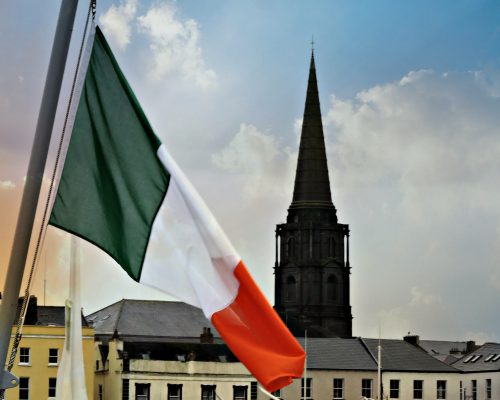 The LE James Joyce has been twinned with Waterford
Waterford Council and the Naval Service will held a twinning ceremony on Sunday 17th January 2016 at 12pm in the Large Room, City Hall, Waterford between the L.É. JAMES JOYCE and the city of Waterford. This is in keeping with the long established tradition of twinning between ships of the Naval Service and the coastal cities of Ireland, the purpose of which is to strengthen the ties between the ship and the public and to bring the deeds and actions of the ship to the notice of the Council.
The L.É. JAMES JOYCE is the newest addition to the Naval Service fleet and was named and commissioned into service on 1st September 2015.


The Mayor of Waterford City & County Council Cllr John Cummins welcomed Minister Simon Coveney T.D. at the Department of Defence to the Twinning Ceremony along with the Officer Commanding the L.É. JAMES JOYCE Lieutenant Commander Brian Dempsey and other dignitaries.

After the official twinning at the City Hall, the dignitaries were transfer by bus to the Frank Cassin Wharf where a ship’s Honour Guard was drawn up on quay wall to greet the Minister and the Mayor. who were given a tour of the L.É. JAMES JOYCE.

The new ships of the Irish Navy (Samuel Becket was delivered last year and the WB Yeats is to be delivered early next year) will dramatically increase the technological capacity of the Navy both in terms of surveillance and incident response times.
The ability to operate drones, which are already used by the Defence Forces, will also dramatically increase the navy’s patrol and surveillance capabilities. Each ship can similarly operate remotely controlled mini- submarines.
The new vessels are 12m bigger at 90m in overall length than the old LE Roisin/Niamh design. With a top speed of 23 knots, the new ships will also be over 30pc faster than the ageing vessels they replace.
It is expected that the third new ship will replace LE Aisling (1980), which will have seen 36 years of service.
When all three are commissioned, the oldest ship in service will then be the LE Eithne (1984) which will also be the only remaining vessel in the fleet which was built in Ireland.

We here at Waterford In Your Pocket are looking forward to the many future visits of the LE James Joyce. 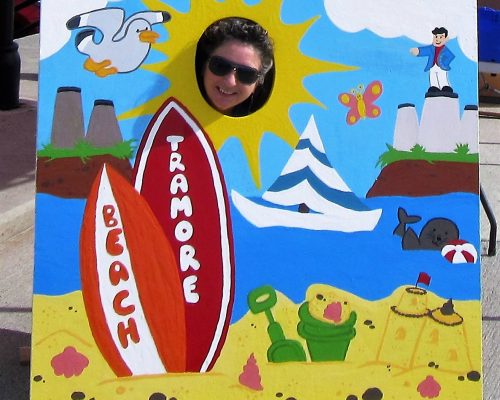