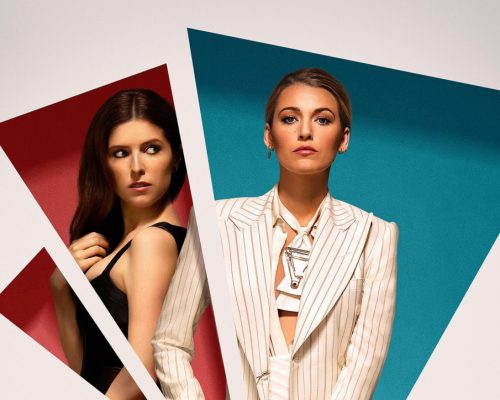 by Michelle Heffernan
Going stir crazy indoors? Fear not! Find a healthy way to not speak to one another by streaming another great movie

Imagine being an FBI informant..at the age of 14. Starring Matthew Mcconaughey and Jennifer Jason Leigh , White Boy Rick tells the story of Richard Wershe Jr. , an underprivileged teenager who became the youngest mole in American history. At the height of the crack epidemic in 1980s Detroit, Rick’s family struggle to make ends meet, his father selling illegal guns and his sister fast becoming a heroin addict. A young boy is propelled into an adult world far too soon, and ends up as used as the substances he sells. While certainly a sad and eye opening tale, White Boy Rick is also thrilling, dramatic and in parts , comical, with excellent performances from McConaughey and a disgruntled Bruce Dern. The ones based on true stories really are the best. aren’t they?
Rating: 8/10
Available on: Sky Cinema/Now TV

Based on a WWII romance novel, Suite Francaise offers up just that; a tender and timeless story of love entrenched in conflict. With an all star cast including Michelle Williams, Kristen Scott Thomas, Margot Robbie, and the delectable Matthias Schoenaerts, Suite Francase tells the tale of a French villager who falls for the German soldier stationed at her home during Hitler’s occupation of France. Based on a book written by Irene Nemirovsky, a French Jew who sadly died in Auschwitz, Suite Francaise is a beauty to behold, with breathtaking French countryside, bold and gripping scenes, and beautiful dress after beautiful dress on Williams!If you like a movie as soft and delicious as a French pastry, this is for you.
Rating: 8/10
Available on: Netflix

I recall seeing this movie in the cinema, and being pleasantly surprised with its delivery. Starring Anna Kendrick and Blake Lively, A Simple Favour tells the story of a small town single mother and vlogger who attempts to solve the mysterious disappearance of her friend. Directed by Paul Feig (of Bridesmaids) I was pleased by how clever this movie proved to be. Part black comedy, part mystery, the plot continues to keep the viewer guessing; do you dare predict what happened to Emily? See how you fare with this modern take on a murder mystery.
Rating: 8/10
Available on: Netflix

Sometime in 2014 The Drop, “dropped” for want of a better word, and none of us made enough of a splash. This crime thriller, starring Tom Hardy, Noomi Rapace and the incredible James Gandolfini in his final film role is just excellent, and I cannot believe it is not mentioned more on must-watch mob movie lists. The drop, tells the story of Bob Saginowski, a bartender who becomes entangled in an investigation after the mob-ran bar that he works at was robbed. Hardy is just incredible in his role as seemingly harmless Bob, the guy who tends to hurt dogs and hurt women, while also mixing with dangerous Chechen mobsters. It’s a story of violence and intimidation sure, but also of the complexities and subtleties of human personality. Every character is a mere drop in a deep ocean of unknown mystery, and the viewer is left wondering where the lines between the good guys and the bad guys got so blurred. Masterful stuff.
Rating: 10/10
Available on: Netflix

Who doesn’t need a bit of Rebel Wilson right now to lighten the mood? On paper, Isn’t it Romantic sounds awful. A woman knocks her head and wakes up in a world where everything around her plays out like a terribly clichéed romantic comedy. But somehow Wilson, along with Liam Hemsworth and Priyanka Chopra manage to deliver in this movie, which  not only pokes fun at all rom coms before it, it reinvents their message in a modern and novel way. Naturally there’s a chase for a guy, and maybe even a fabulous makeover (it is a rom-com after all) but the finale delivers something a little less Pretty Woman and a little more Wonder Woman.
Rating:7.5/10
Available on: Netlflix

If you enjoy a decent foreign language film (as I do) then turn your attention to this French click. Set in the gritty depths of Marseilles, Sheherazade is described as a contemporary French crime drama, but could equally be characterized as a modern romantic tragedy. The movie follows troublesome teenager Zach, who has just been released from a juvenile detention centre. Unwilling to enter into a community care programme, Zach befriends a young prostitute named Sheherazade. Together, the two children, living in an dark adult world, form an unusual family unit, that is ultimately put to the test by the depravity and dark morality surrounding them. Yes its full of violence, sex and profanity, but it is also full of intimacy, courage and conviction. If you liked City of God, you will like this.
Rating: 9/10
Available on: Netflix

Why didn’t we have more coming of age movies when we were growing up? Eighth Grade tells the story of Kayla, a middle school student who makes Youtube videos at home…but struggles to speak to anyone in person. Desperate for social acceptance, her videos become a diary of her own quest to a become a more confident teenager before she enters high school. Full of the anxiety and uncertainty that is so prevalent in any 14 year old’s life, Eighth grade is really a story about  finding your own identity, and understanding that you may not be the popular one or the beautiful one, but you’re still better off being the most genuine version of yourself. Worth watching for 14 year old girls…and women alike 😉
Rating: 7/10
Available on: Sky Cinema/Now TV

Ah Jordan Peele, where have you been all my life? This director is just sensational, continually clashing horror with comedy with social commentary, and Us is a prime example of this.This unusual horror follows a woman named Adelaide Wilson (Lupita Nyong’o) and her family, who are attacked by a group of mysterious doppelgangers while away on vacation. A truly memorable horror this film delivers more than the shock and suspense of your run of the mill scare, using sound and music in particular to intensify what is already an incredibly creepy premise: finding someone who looks exactly like you trying to kill you. Peele is really re-inventing a movie genre in this movie, and I’m already excited for what he brings out next. Buckle yourself in. This movie is a thrilling ride.
Rating: 10/10
Available on: Sky Cinema/Now TV

What’s worse than getting dumped and fired ? Getting pregnant as well. Brooklyn comedienne Jenny is trying very hard to be an adult when suddenly she is hit with the most devastating news; she is carrying a child. Often described as an “abortion rom-com” the movie shows us how unsettling an unplanned pregnancy can be, and how important it is to seek support in times of trouble. Told with humour and honesty rather than tears and tragedy, its essentially a movie about a funny woman who encounters not funny times. But manages all the same to prevail. Thoughtful , entertaining and effortlessly fresh.
Rating: 9/10
Available on: Amazon Prime

I have to put an old classic in here. Well it’s old, but new to me! I was a mere tot when this movie was released so was never aware it had won Best Picture and Best Director, but I understand why now. Directed by, and starring Clint Eastwood, Unforgiven is a kind of modern Western, telling the story of retired gunman William Munny, who is lured back into bounty hunting by the promise of a fortune. With co-stars Morgan Freeman, Gene Hackman and the late Richard Harris, do I even need to justify this movie to you? It’s a tale of violence and revenge, certainly, but ultimately a lesson in morality, mortality and forgiveness. Excellent acting, directing and cinematography. Enough said.
Rating:9/10
Available on: Sky Cinema/ Now TV 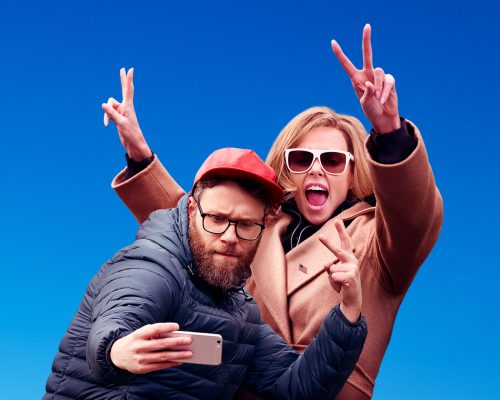