Racial Abuse for Rose of Tralee 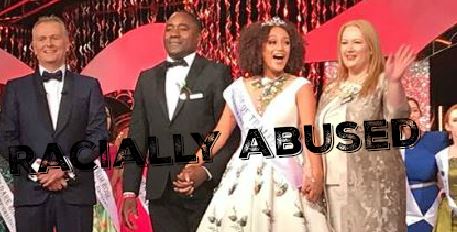 We were saddened and sickened to hear that Gardai are investigating a racial abuse incident in which newly crowned Rose of Tralee Kirsten Mate Maher was racially abused on a night out by someone making racist jibes in a takeaway on John Street in Kilkenny in the early hours of Sunday morning.
In an interview on local station KCLRFM the Rose of Tralaee confirmed the incident happened  but said she didn’t want to comment further.
The manager of the takeaway also told KCLR that the “staff and customers were appalled at the incident”.
According to Gardai inquiries are ongoing.
It is sickening to think that this kind of behaviour happens in Ireland.  There is no place for it and it is certainly not acceptable we should be promoting an egalitarian society in which people are not discriminated against on the basis of race.