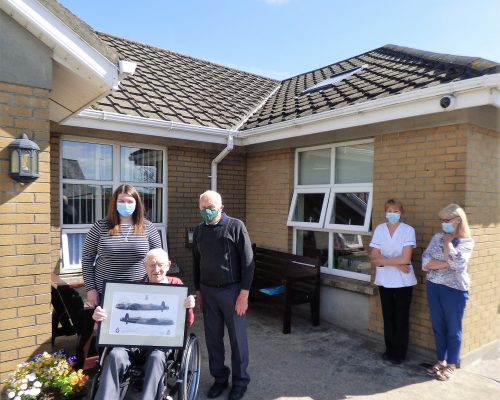 When Paddy Mooney, a native of Dunabrattin, Annestown, Co. Waterford, celebrated his 100th birthday in May of this year at Dunabbey (where he now resides), the Rescue 117 coastguard helicopter based at Waterford Airport did an honorary flyover of the HSE’s Dungarvan Community Hospital complex to mark the occasion.

In the meantime, the RAF Battle of Britain Memorial Flight unit based at Coningsby military airbase in Lincolnshire heard about it and resolved to send Paddy a specially signed and framed photograph of a Lancaster bomber airplane. 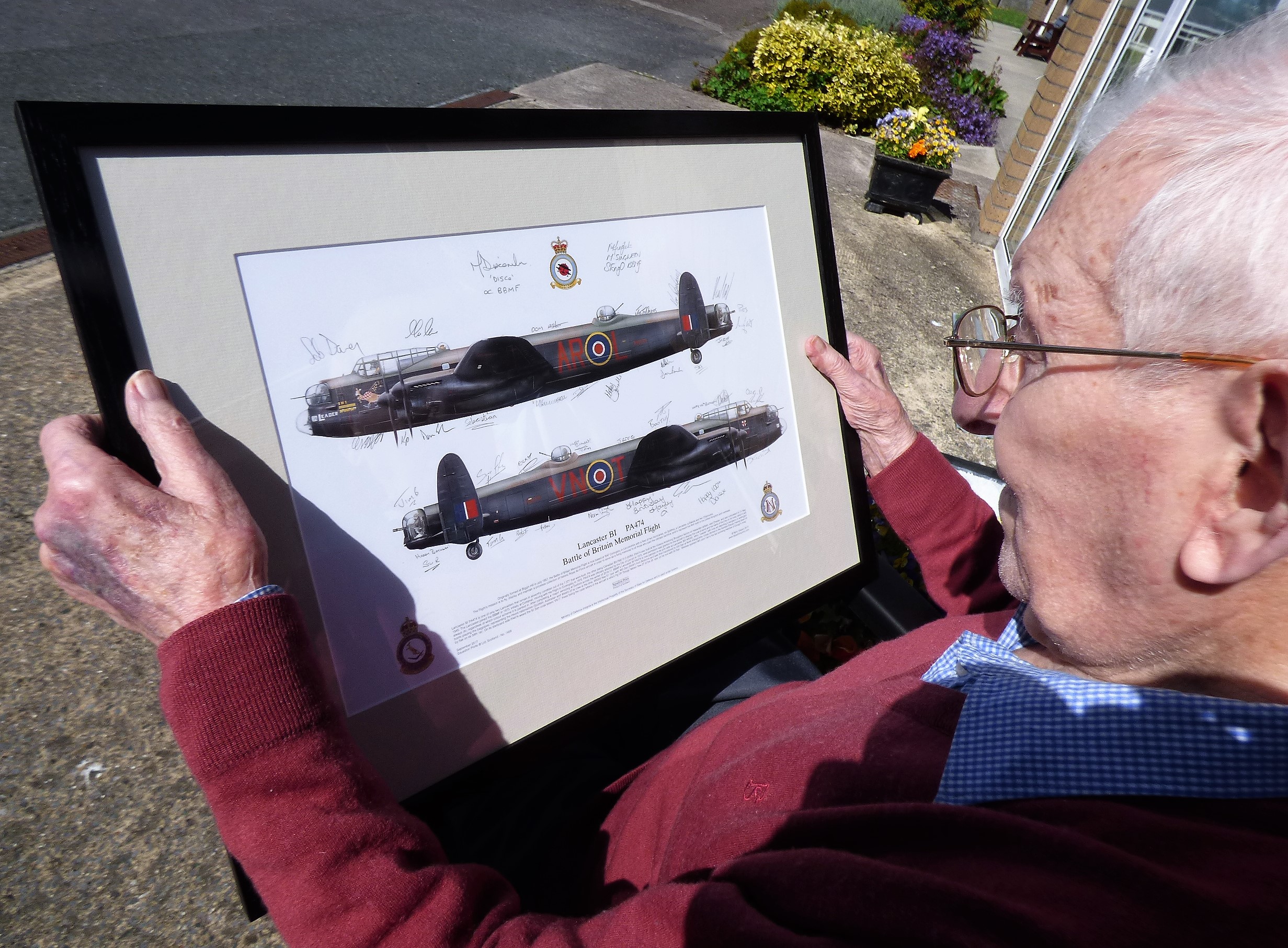 The Lancaster is one of the planes flown by members of the official RAF club and regular RAF crew in public, military and state occasions – including Trooping the Colours, airshows and flypasts for public events. It is also an aircraft very familiar to Paddy Mooney.

Born in 1921, Paddy Mooney emigrated to England as a young man and joined the RAF in the early 1940s. Having trained as a flight engineer, Paddy went on to serve in Egypt, Iraq and Palestine during World War 2 – including dangerous missions flying Lancaster Bombers.

Arrangements were made this week for Aoife Mooney, a grand-niece of Paddy’s and on behalf of the Community Rescue Boats Ireland (CRBI) unit at Bunmahon, to present Paddy with the momento sent from the RAF club. 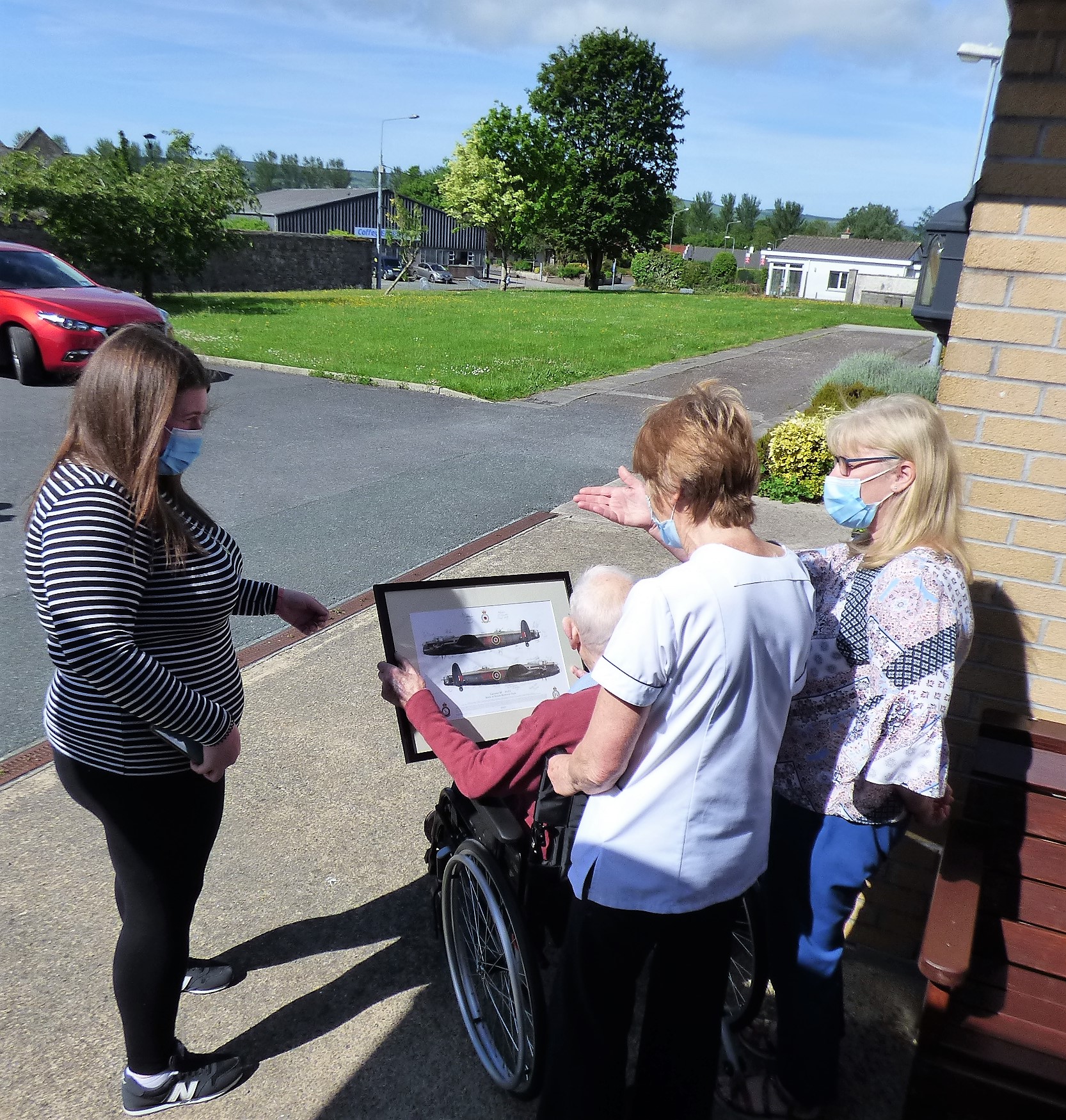 Expressing his thanks for the gesture, Paddy Mooney said he would greatly treasure the photograph.