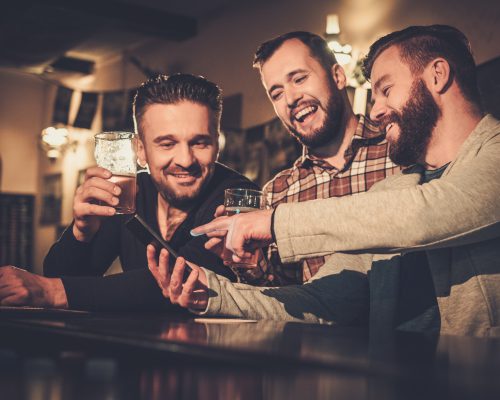 Rapid Cabs launched its new taxi booking system, the first of its kind in Ireland, using the Facebook messenger facility.

How do you book your taxi? Three quarters of you currently use the phone and about a quarter use an app. That’s according to the Rapid Cabs stats for Waterford City. But now there’s another way.
Rapid Cabs users can now book taxis via Facebook Messenger using international award winning technology.
The largest taxi firm in Waterford revealed this week that it has launched a booking option on its messaging service. This will allow people to hail a taxi from Rapid Cabs without them having to phone or download and use the taxi-hailing app’s own site.

They hope their users will use the feature when making plans with friends and family.

To get started, download the latest version of Messenger. Then, from within a conversation, tap the more menu and choose Transportation. You can also search directly for Rapid Cabs and tap the car icon to request a ride. From there, you’ll receive updates on your driver’s status and notify your friends that you’ve called a ride.

“With the ability to request and track a ride in Messenger, we’re making transportation as simple as sending a message” explained Rapid Cabs Managing Director Eric O’Brien. “With this new feature, you can request a ride from us without ever needing to download an extra app or have a conversation. It’s so easy and doesn’t take you away from the plans that you’re making with your friends or family.”

Rapid Cabs will also provide updates on waiting times via Messenger.
“Driver status updates will get delivered to a private conversation between you and Rapid Cabs. With everything in one place, you can seamlessly keep track of your ride”.
O’Brien doesn’t think this will affect the amount of app usage, “It’s just another way of making our service easier. If the technology is there, we do our best to make it available to our Waterford customers.”
Rapid Cabs is a licensed taxi dispatch operator by the National Transport Authority and all of its drivers are fully Garda vetted, insured and licensed. Open and accessible 24 hours a day 365 days a year, Rapid Cabs also has a computerised booking dispatch system from its local taxi call centre and has installed in-car driver devices in all of its taxis to ensure as such efficiency as possible.
Its App is available for free on Apple and Android and from the Rapid Cabs Website HERE.