WATERFORD – FIND YOUR FUTURE. Plans to propose the entire City of Waterford as a Decarbonising Zone under Ireland’s Climate Action Plan have been unveiled at the launch of Waterford’s new investment brand identity. Under the ambitious Waterford – Find Your Future brand, which is centred on Waterford’s critical role in future national development as a population centre and economic driver, a range of climate mitigation measures are to be introduced across the city to address future growth in a sustainable way. These include plans to have electrical supply exclusively from renewable energy sources, all transport to be powered by electrical or hydrogen powered vehicles, and all industrial practices to be carbon neutral by 2040. This will radically decarbonise the city, cutting carbon emissions by 7% per annum.

The designation of Waterford as a Decarbonising Zone would be a significant investment in the sustainability agenda which supports the Waterford – Find Your Future plan. Aligned with the National Planning Framework (Project Ireland 2040) and the National Development Plan 2018-2027, the transformative brand is a collaboration between Waterford City & County Council, Waterford Chamber of Commerce and Waterford Institute of Technology. A newly formed Waterford 2040 Executive Team, representative of business, education and local government, is chaired by CEO of Three Ireland and Three UK and Waterford native Robert Finnegan. For full details, visit waterford2040.com.

Speaking on the unveiling of Waterford – Find Your Future, Tánaiste and Minister for Enterprise, Trade and Employment, Leo Varadkar said: “Waterford plays a critical role as the economic capital of the South East and is a primary urban centre under the Government’s Project Ireland 2040. By 2040 the population of Waterford city is predicted to grow by 60%, with the region growing by 30% to 804,000. We should see the creation of 17,000 jobs in the city centre by 2040 and 83,000 across the Waterford city region.

“I warmly welcome Waterford’s new investment brand and the ambitious development of the Decarbonising Zone. Waterford has the potential to set itself apart from other regional hubs through decarbonisation. It will be one of the leading cities in Europe implementing sustainable energy measures, climate change adaptation and mitigation measures. Being a compact, vibrant, liveable and sustainable city will allow it to attract future investment and position itself as the place to live, work and study in Ireland.”

Along with Sustainability, the other key pillars outlined in the Waterford – Find Your Future brand are Population and Workforce, Cost Competitiveness, Connectivity and Business Environment. The brand was created using data collected over an 18-month period with WIT research group, RIKON. It was the first such research of its kind undertaken by Waterford City & County Council, Waterford Chamber and Waterford Institute of Technology as a collective.

Waterford 2040 Executive Team Chairperson, Robert Finnegan stated: “As someone who is from Waterford and having lived and worked abroad for many years, I am delighted to be leading the Waterford 2040 Executive Team on this initiative, promoting Waterford as an international city with access to a highly skilled workforce and quality infrastructure, making it an attractive proposition for companies looking to invest in Ireland.

“Waterford also offers a great work life balance for those people starting to reconsider their lifestyle and the opportunity to work and live beyond the national capitals of the world as part of the new working norm.

“The Waterford 2040 Executive Team is a group of executives drawn from many walks of life —academia, the commercial sector, as well as Government bodies — all drawn together with the objective of promoting Waterford as an international city to invest and live in.” 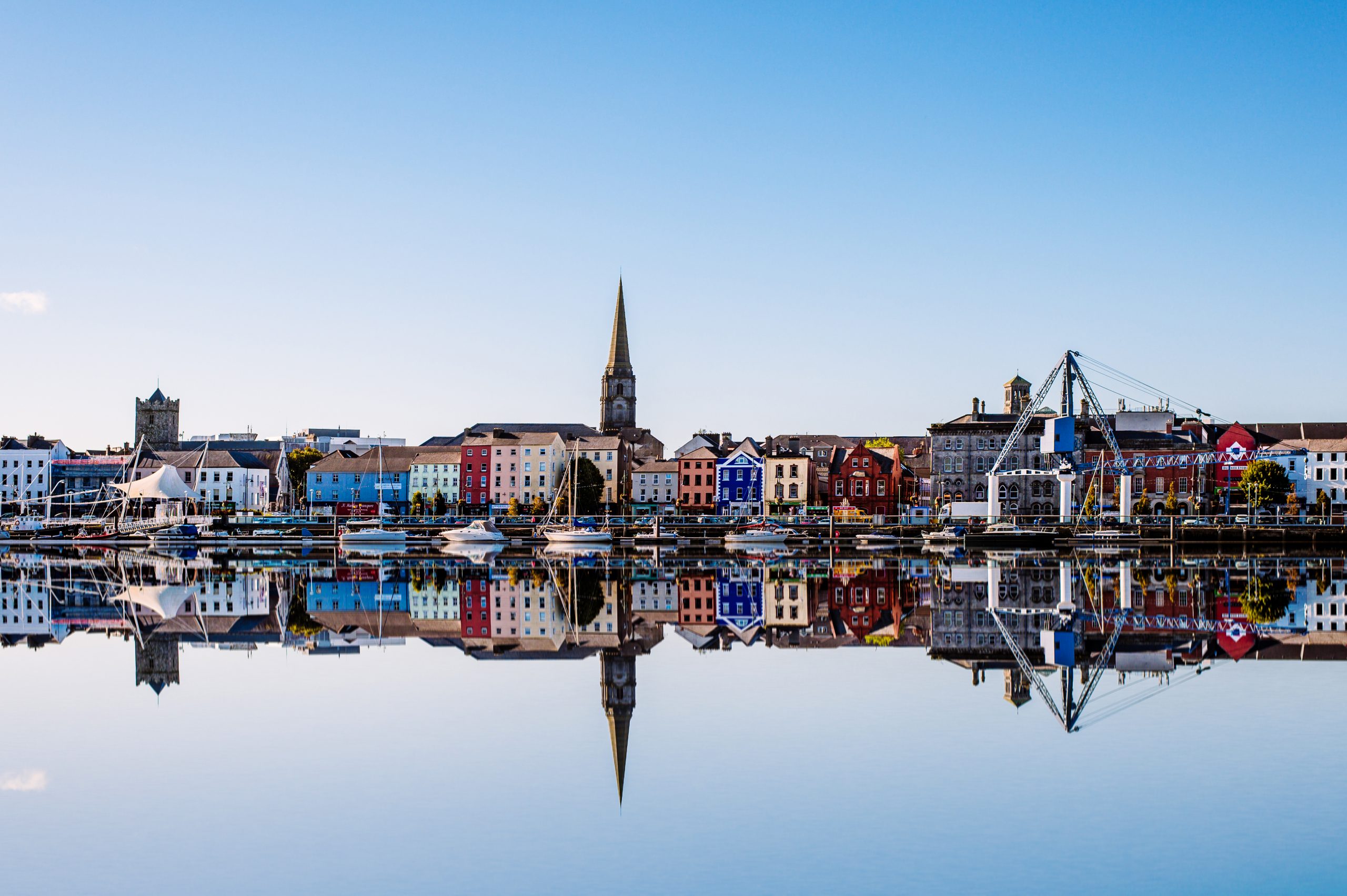 Chief Executive of Waterford City & County Council Michael Walsh added: “This new brand re-asserts Waterford’s critical role in the Irish economy and shines a light on what makes this region an exceptional place to do business. Already there are major investment projects underway in Waterford such as the Strategic Development Zone in the North Quays, which includes a €500 million mixed-use real estate development. Recognising its potential, the Government announced €27.66 million in funding for Waterford in March to reimagine the City Centre and our state-of-the-art Sustainable Transport Hub is part of €126 million EU Urban Regeneration Development funding. Waterford continues to invest in green infrastructure with an allocation of €13.8 million being invested in Active Travel projects, which will create connectivity into the City and throughout the County and region.

“With such investment, the potential for Waterford is significant. Our new Waterford – Find Your Future brand is a dynamic new asset that will set the region apart, generating even more investment and business, and encouraging more people to live and work here.”

Full details are available at waterford2040.com.