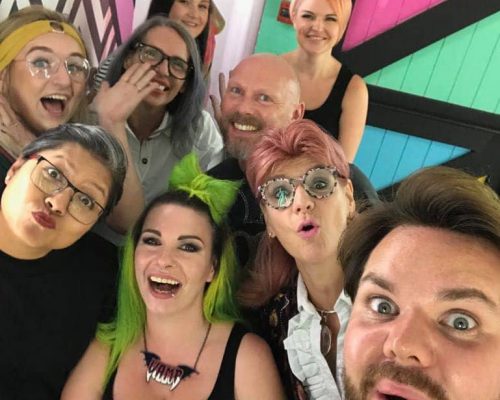 By Michelle Heffernan
Local Waterford hairdresser Marina Hayes has been doing the Deise, and Ireland proud, appearing as the only Irish contestant on popular reality TV Show “Extreme Hair Wars”. Marina Hayes, who owns and works in award winning hair salon Confession Box here in Waterford, was gobsmacked when Warner Brothers approached her about the show


“I was in Amsterdam with my son and received a call from a Warner Brothers producer, asking to be part of the show. I was supposed to do an interview, but after a video chat and sending over pictures, I was accepted onto the show!” she says.
Extreme Hair Wars is a reality style TV show in which hair stylists from UK and Ireland compete to become Britain’s Best Fantasy Stylist. Marina appeared in the shows first episode on Channel 5 last Thursday September 20th, and is set to appear in the next episode this Thursday September 27th.
Speaking about the experience Marina said “I really enjoyed the show, even though it was totally out of my comfort zone – we were given challenges on the spot! It was so exciting and totally terrifying; I can’t believe I was offered the opportunity”.

Follow Marina’s journey into the “follicly impossible” on Sky’s Channel 5 this Thursday at 8pm. For anyone who misses this talented lady on the telly, you can view Marina’s exceptional hairdressing skills at her Salon, Confession Box, Dunmore Road, Waterford. From all at Waterford in Your Pocket, Well done Marina!