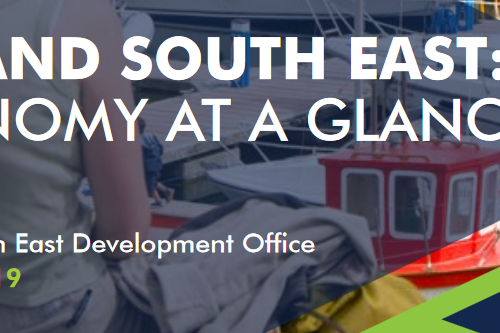 The Ireland South East Development Office’s ‘Economy at a Glance’ Summer 2019 report shows a region that has grown steadily over the previous 7 years across all key economic indicators.
Since January there has been an increase in 5,900 new jobs created in the region. Unemployment has fallen continuously year on year since 2012, dropping by 11.1% to where it now stands at 6.7%.
The region is now the 6th fastest growing region in the EU in terms of job creation and the 7th fastest growing region in terms of Gross Value Added (GVA) per person.

The cost of living in the South East is significantly lower than in Dublin. For example, in Waterford you would need around €3,600 to maintain the same standard of life that you can have with €4,900 in Dublin. That is a difference of 36%.

Ireland South East consistently scores highly on all quality of life metrics. This is no surprise given that it is home to Ireland’s most diverse and exhilarating array of activities.
With more investment in Waterford and the South East in area’s like the Waterford Greenway and the New Ross to Ferrybank Greenway,  Waterford Airport and new routes from the Port of Waterford, North Quays Development the future looks bright for Waterford and indeed the Southeast.
For more information see https://irelandsoutheast.com/app/uploads/2019/07/South-East-Ireland-At-A-Glance-Summer-2019-INT.SM_.pdf