Waterford In Your Pocket Turns 6 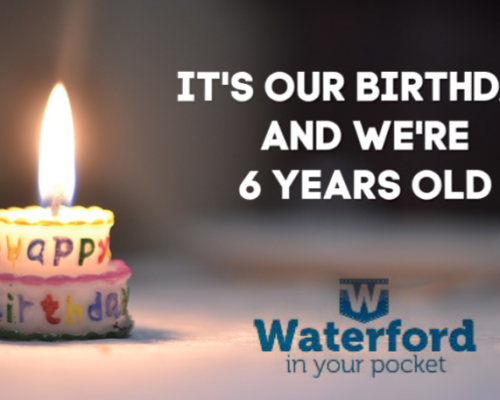 Waterford In Your Pocket Turns 6

Can you believe it Waterford In Your Pocket is 6 years old today.  Although the page was set up in September 2012 we didn’t start using it until July 11th 2013 so that makes us 6 years old.  And what a time we’re after having.
We’ve travelled the length and breadth of Waterford and met some amazing people along the way.  We never realised how many people like what we do.

To put it into perspective between the 1st of January this year and the 31st of May Waterford In Your Pocket reached 33,626,542 people and had 130,303,009 Impressions. (facebook insights)!
So what does reach mean? Let’s say somebody on Facebook sees your post three times in their news feed during the day. You have basically received 3 impressions on your post, but the reach is just 1 person. Reach measures unique people. Impressions does not measure unique people, but rather the total number of times your activity is seen.
Our live streams of the St Patricks Day Parade in Waterford city and other events like the launch of Winterval and the Spraoi Parade have proven to be very popular. Our videos were watched 37 million times in the same time period and our Giggle Before Bedtime is still as popular as ever.
We’ve helped promote over 2,000 events in Waterford city and county in the past year and if you google what’s on in Waterford guess who pops up?
We would like to thank you all for your support and we are hoping to grow Waterford In Your Pocket so that we can bring you more of what’s happening in Waterford.  If you would like to support the work that we do then you can help us build a new website by donating to our GoFundMe Campaign.