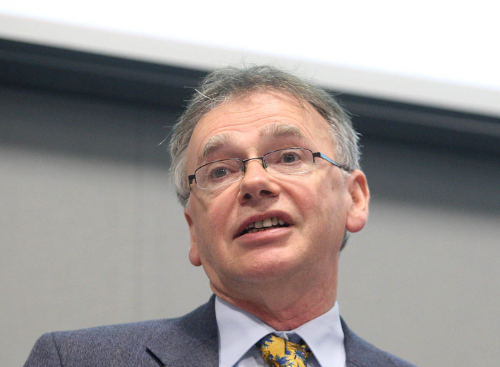 The Sunday Times Good University Guide 2019 published on 4 November 2018 sees Waterford Institute of Technology (WIT) placed as the top institute of technology in the annual ranking.
WIT, in 7th place for 2019, jumped five places in one year. Altogether 21 higher education institutes are listed.
WIT’s areas of excellence included: research funding, staff:student ratio and high spend on facilities. According to the Sunday Times the institutions were ranked according to marks scored in eight key performance areas, with student satisfaction given the heaviest weighting. Funding for a new 12,800 sq m engineering, computing and general teaching building was one of the highlights mentioned.


Dr Derek O’Byrne, Registrar, and Vice President for Academic Affairs praised the dedication of staff at the institute. “I am delighted to see the rankings increase. It’s testimony to the effort we are putting in at the moment to maximise the student experience and help prospective students make the right choices,” he said.
WIT President Prof Willie Donnelly said he believed the ranking is recognition of international leadership that WIT’s global connections such as 350 partners in academia and industry worldwide have brought to the region.
“Through these partnerships the student experience is a wider, providing students with strong work-life experience. We are a research-driven university-level performing institute and we have made a huge impact on the region. WIT has contributed to the transformation of the region which means that our graduates can get high value jobs in the South East – we have a 95% employment rate.”
In its Strategic Plan for the period 2018-2021 WIT outlined its goal to be amongst the Top 100 universities under 50 years old by 2030 and described the ongoing Technological University designation process as an important step towards achieving this ambition.
Dr Richard Hayes, Vice President for Strategy at WIT said the Sunday Times Good University Guide 2019 ranking of 7th place is further validation of the WIT Strategy.
“WIT’s positioning as the highest ranking institute of technology and in 7th place overall among universities and institutes of technology reflects our position as a university-level third level institute.”
The Sunday Times ranking came in a week where it was revealed as part of WIT’s conferring speeches that the institute has had a €1bn impact on the economy over two decades.
WIT President, Prof Willie Donnelly stated: “The institute has been awarded more than €200m euro in competitive research funding since 2000. It has been calculated that every €1 of research funding generates a 5-fold impact on the surrounding economy. This equates to €1bn generated for the regional economy over this period.”

As the CAO opens for applications on November 5, applicants for 2019 are off to a good start with a selection of ‘how-to’ guides developed by WIT. Two booklets containing worksheets to help students make the right choices are available at www.wit.ie/how. They are College Choices: The Parent’s Guide and CAO: Research Your Options. These are ideal in preparation for upcoming open days. WIT’s Schools Open Day is on Friday 23 November at the end of College Awareness Week and is followed by a more general open day on Saturday, 24 November which typically attracts school leavers and their parents, as well as adult learners interested in applying as a mature student or attending our part-time, postgrad and Springboard courses.