Waterford Council to Light Up for World Suicide Prevention Day 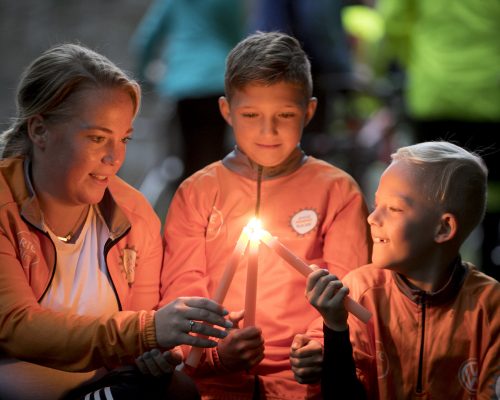 Waterford City and County Council, in support of Cycle Against Suicide, will light up on World Suicide Prevention Day, which takes place on September 10th.

On average one person dies by suicide each day in Ireland.  Cycle Against Suicide, an organisation dedicated to raising public awareness around suicide and lessening the toll suicide places on families and communities, is calling on people and organisations to come together for the Lighting of Lights.

At 8pm, Friday, September 10th Waterford’s City Hall, The Theatre Royal and 35, The Mall will be illuminated in orange, to show support for those in the community who have been impacted by suicide or are struggling with mental health difficulties.

Caroline Lafferty, CEO, Cycle Against Suicide said, “Every suicide destroys families and communities.  September 10th is traditionally marked as a day to honour those who have lost their lives to suicide.”

“Now, in light of Covid-19, the ‘Lighting of Lights’ takes on even greater significance because of the immense toll that the pandemic has taken on people’s physical health and emotional well-being.  I am delighted that Waterford City and County Council will light up in orange on this World Suicide Prevention Day and act as a beacon, shining bright in the midst of darkness, bringing hope in the midst of despair.”

Mayor of Waterford City and County, Cllr. Joe Kelly said that the Lighting of Lights will hopefully impact on those who are suffering from mental health difficulties or contemplating suicide.

“Every life lost is someone’s child, partner, parent or friend and the feelings of loss, regret and guilt are profound in the wake of suicide. The last eighteen months have been phenomenally challenging, and while people may feel helpless, there is hope.  The more we stand together, the more we share our experiences and the more we reach out, the more we can change the course of another’s life for the better.”