A true love story made in Waterford. Des and Mona Manahan 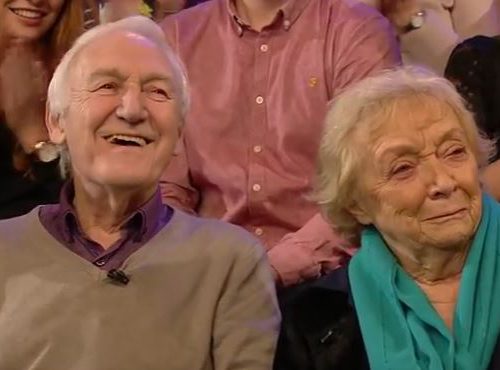 A true love story made in Waterford

If you are ever feeling a bit down and looking for a pick me up or inspiration then look no further than the story of Waterford’s Des and Mona Manahan.

Many of you will have heard the story of Des and Mona as they were in the headlines in the past year.  And the reason why they were in the headlines?  Well because of Mona’s (83) failing eyesight Des (84) thought that he would start learning how to apply Mona’s makeup!  Married for the last 56 years this really is a true love story.
Mona wanted to get her make up done professionally and met make up artist Rosie O’Driscoll in Debenhams in Waterford city.   As Rosie said “Des took the brush from my hand and started applying Mona’s make up and he was a natural”.

This beautiful love story continues to melt our hearts 💕 Des & Mona recently appeared on @thismorning! 🌟 Huge thanks to Rosie from our #Benefit counter at @debenhamsire #Waterford for her continued support & friendship with Des & Mona – the world’s cutest couple! #CoupleGoals https://t.co/9Q2hz0RGV9

Kim Kardashian’s makeup artist, Mario Dedivanovic heard about Des and Mona and was so impressed he invited them both to a master class that he was giving in London.
You must admit that this is a real love story.  Hear about how they met with this interview on The Late Late Show with Ryan Tubrity