Halloween its Traditions and Origins 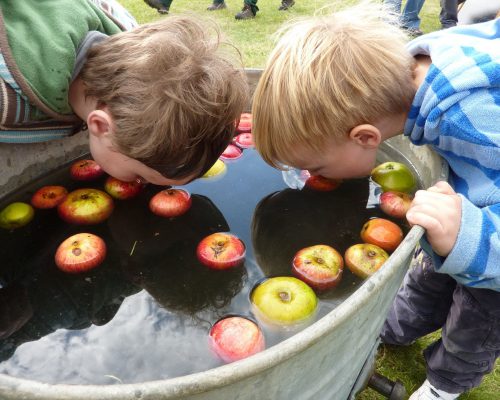 Halloween its Traditions and Origins

Many people don’t realise that the Halloween traditions we celebrate today came from the Celtic  festival of “Samhain” which means  “end of summer”. Samhain was one of the two main festivals of the year with Bealtaine which is on the 1st of May marking the start of summer.  It dates back over 2000 years. By celebrating Samhain we are celebrating the start of the Celtic year and the end of the old year and the harvest!
But where did Halloween come from?  Well it is thought that the traditions came from Samhain and that the early Christian church adopted some of the traditions.
Sometimes one hears reference to “the days of the dead” which refers to the Days of October 31st to November 2nd. October 31st is Halloween or All Hallows Eve. November 1st is “el Dia de los Innnocentes” or the day of the children and All Saints Day. November 2nd is All Souls Day or “el Dia de los Muertos” the Day of the Dead which originated in Mexico and South America and dates back nearly 3000 years.

Some of the traditions we have at Halloween

Colcannon for Dinner
Boiled potato, curly kale or savoy cabbage and raw onions are provided as the traditional Irish Halloween dinner. Clean coins are wrapped in baking paper and placed in the potato for children to find and keep.

Jack O Lantern
There are two stories behind the origins of the Jack O Lantern.  One is where our Celtic forefathers carried home an ember from the communal bonfire in a hollowed out a turnip so they could walk home with the fire still burning.
But the other version is a little scarier and dates back to the 18th century. Seemingly the Jack O Lantern is named after an Irish blacksmith, called Jack, who was denied entry into Heaven. He was condemned to walk the earth for all eternity but asked the devil for some light.  The devil gave him a burning coal which he put into a hollowed out turnip so that he could see his way as he wandered through eternity. People believed that hanging a lantern in their front window would keep Jack’s wandering soul away.  Irish emigrants to America adapted the tradition and used a pumpkin!


The Ivy Leaf
Each member of the family places a perfect ivy leaf into a cup of water and it is then left undisturbed overnight. If, in the morning, a leaf is still perfect and has not developed any spots then the person who placed the leaf in the cup can be sure of 12 months health until the following Halloween.

Barmbrack (Bairín Breac)
Always a popular cake the Barmbrack or Barnbrack or just Brack could tell you your future!  The brack was backed with objects placed inside and if you got one of these in your piece of brack then that was supposed to be an insight into your future!  There was a ring, which means marriage, a coin for wealth, a rag symbolising poverty and a thimble suggested that you would be an old maid!

Trick or Treat
This was where the people of the towns or villages would go from door to door asking for anything that they could use for the Halloween celebrations.  This could have been in the form of food or wood for the bonfire. Today kids go from door to door and get tonnes of sweets!

The Bonfire
Halloween (or as we should say, Samhain) was the one day of the year when spirits could walk the earth. The town of village would gather together and light huge fires to ward off bad fortune and evil spirits for the coming year.  The custom was to make sure that your fire at home was out before leaving for the Bonfire and festivities and before you got home you would take a piece of the bonfire to relight your home fire bringing you good luck for the year ahead.
Another tradition was to throw a piece of your hair into the bonfire and that night you would dream of your future husband or wife.