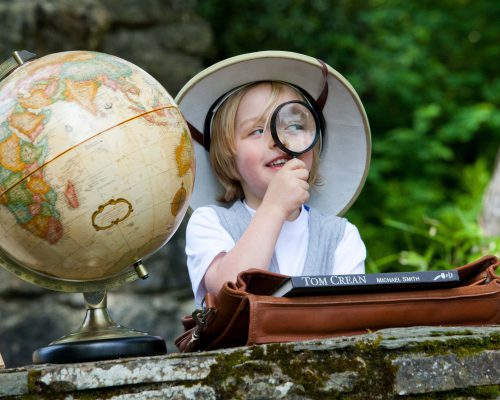 Best selling author Michael Smith, explorer and author Jacki Hill-Murphy, award-winning author Rosemary Mahoney and explorer and foreign correspondent Isambard Wilkinson are some of the world-renowned writers who are about to set their compass for Lismore in County Waterford this June 13th to 17th for the sixteenth annual Immrama Festival of Travel Writing. The theme of the 2018 festival is ‘A Celebration of Exploration’.
Speaking at the launch of the 2018 festival programme one of the organisers Jan Rotte said, “The Immrama Festival of Travel Writing has taken place each June in Lismore for the last 15 years. The festival has grown to become internationally recognised and is the only festival of its kind in Europe. Each June audiences gather at venues across Lismore to hear tales of travel from all across the globe told by national and international authors and broadcasters. Our not-for-profit festival has inspired over 40,000 people to travel and enjoy the festival talks and events & we look forward to welcoming all of our speakers and visitors again this June.”
One of the keynote speaker’s best-selling author Michael Smith will take to the stage in the heritage town of Lismore on Saturday, June 16 at 3 pm. His talk will look at the history of Ireland’s Antartic explorers as he will discuss his books on Tom Crean, Ernest Shackleton and other Irish explorers speaking about the highs and lows of uncovering the stories, challenging old myths, breaking new ground.

Joining Michael, as a keynote speaker on June 16th is explorer and author Jacki Hill-Murphy as she plans to discuss ‘Women adventuring off the beaten track’, Jacki has also travelled to some of the most inhospitable places on earth to re-create the journeys of daring women adventurers. She has followed in the footsteps of Victorian explorers Isabella Bird who travelled by yak across the Digar-La in Ladakh, India; Mary Kingsley, who pioneered the route to the 13,255 summit of Mount Cameroon; and Kate Marsden who trudged from Moscow to Siberia in search of a cure for leprosy. Hill-Murphy also braved piranha-infested waters in a dugout canoe to replicate the 1769 expedition of Isabel Godin, the only survivor of a 42-person, 4000-mile expedition along the Amazon River.
Jacki says, “We are all adventuresses who need to travel to be who we are and we are better people for it.” She has written two books: ‘Adventuresses, rediscovering daring voyages into the unknown’ and ‘The Extraordinary Tale of Kate Marsden and my journey across Siberia in her footsteps’ and numerous stories and articles about her travels.
Author John Devoy opens the festival talks on the evening of Wednesday, June 13th with an introduction from his book Quondam, this will be followed by a screening of a documentary on the Irish aid effort in 1968 titled Biafra – Forgotten Mission.
On Thursday, June 14th author and journalist Isambard Wilkinson will discuss his book “Travels in a Dervish Cloak” based on his time spent working Pakistan as a foreign correspondent during the war on terror. Seeking the land behind the headlines Bard sets out to discover the essence of a country convulsed by Islamist violence. Isambard has worked in journalism all of this life and is presently based in Hong Kong as a correspondent.

On Friday evening author Rosemary Mahoney will discuss her travels down the Nile. She has been awarded numerous awards for her writing, including a 2011 Guggenheim Fellowship, a grant from the National Endowment for the Arts, a Whiting Writers Award, a nomination for the National Book Critics’ Circle Award, a Transatlantic Review Award for Fiction, and Harvard’s Charles E. Horman Prize for writing. She is the author of Down the Nile; Alone in a Fisherman’s Skiff, a New York Times Notable Book, A Likely Story: One Summer with Lillian Hellman, The Singular Pilgrim: Travels on Sacred Ground, Whoredom in Kimmage: The World of Irish Women, a National Book Critics Award Finalist and New York Times Notable Book, and The Early Arrival of Dreams; A Year in China, a New York Times Notable Book
Also taking place on Saturday, June 16th is a travel-writing workshop with Dr Robyn Rowland. Historian Donald Brady will host a talk on Sir Richard Musgrave of Tourin 1746-1818. Adventurer and mountaineer Michael Whelan will host a talk on his journey by bicycle from Islamabad to the world’s highest border crossing on the Karakoram Highway and onto Shipton’s Lost Arch in Western China.
Bob Jackson will host the famous literary breakfast at Immrama at 8.30am on June 17th. He will discuss the story of the incredible life of Dr. Aidan MacCarthy the only person to have survived the two events that mark the beginning and end of World War II; being evacuated from the beaches of Dunkirk after three days of relentless attacks in May 1940, and he was trembling in a makeshift bomb shelter in the center of Nagasaki when the atomic bomb destroyed the city in August 1945.


The travel writing festival is also hosting a young travel writer’s competition; students are now invited to write an 800-word short story about their favourite air journey and where it took them. The closing date for entries is May 18th and submissions can be made via www.lismoreimmrama.com/studentcompetition
On the final day of the festival ‘Family Fun Sunday’ will take place at the Millennium Park, the Lismore Farmers Market will be on the castle avenue. Full details of the festival programme and for event tickets for the Immrama Lismore Festival of Travel Writing 2018 see www.lismoreimmrama.com or call (058) 53803.
Ticket pricing:
The Saturday Special ticket for Michael Smith and Jacki Hill- Murphy is €40.00. A full weekend ticket for all events from Wednesday to Sunday (excluding the workshop) is €90.00 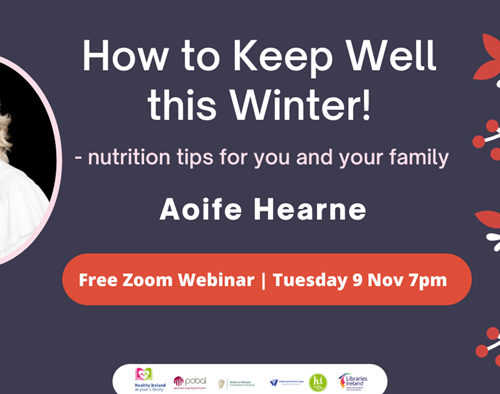