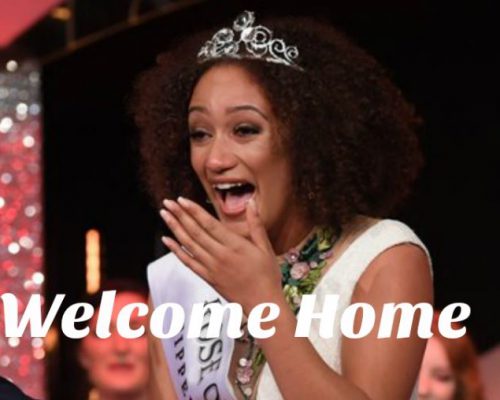 Mayor of Waterford Cllr Declan Doocey held a Mayoral reception at Waterford City Hall today Thursday the 6th of September in honour of the newly crowned Rose of Tralee Kirsten Mate Maher.
Kirsten who was this year’s Waterford Rose was crowned Rose of Tralee in August.  Mayor Doocey said that even he knows that she will represent Waterford brilliantly in every way where ever she goes.  “Who would have thought that we would be celebrating such an international win” continued Mayor Doocey.
Also present at the reception were two former Rose of Tralee winners from Waterford, Orla Burke who won the title in 1977 and Brenda Hyland who won in 1983.
Kirsten has a busy year ahead and along with trips to Australia, New Zealand she is also travelling to Calcutta with the Hope Foundation, turning on the Christmas lights in Frankfurt and Ambassador in the St Patricks Day Parade in New York in 2019.
Kirsten joked that she was delighted to have her whole family with in Tralee and even her dog “Fluffy” joined in the celebrations.
We caught up with Kirsten and her friends at the reception.

We wish Kirsten all the best for the coming year.