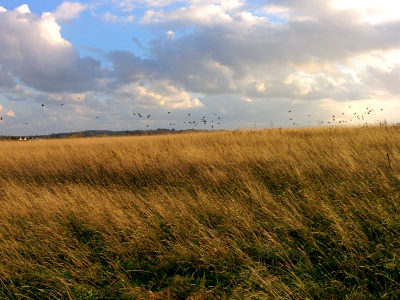 Waterford Nature Park is about 150 acres and is an oasis within the city environment. The Park’s entrance is located on the Tramore Road beside the Kingfisher Club. It has a 2km walkway as well as a series of walkways which cross the park, and the paths are a mixture of tar macadam paths, paths mown through the meadow and gravel paths. It’s very popular for a leisurely stroll, jogging or a walk with the family and the dog and although some of the paths have a slight gradient it is suitable for prams and wheelchairs. The park can be used in a wide variety of ways as it includes walking routes, play equipment, exercise spaces, nature trails, integrated wetlands, wildflower meadows and wildlife areas. Stones collected in the park have been used to construct stone walls creating small fields which were planted with flowers and meadow seeds which will become home to a variety of insects and butterflies. Approximately 20,000 shrubs have been planted in the park.

The park is situated on a remediated landfill site which closed in 2005. The Vikings (Hiberno-Norse) built a longphort where the River Suir and the St.John’s River meet. This and the later Anglo-Norman settlement were located by the wetlands (or bog), the remaining part of which is now known as Kilbarry Bog; Kilbarry meaning the Church of St. Finbarr. The bog itself is centred around the St. John’s River and is made up of a number of types of environments: reed swamp, freshwater marsh, wet grassland and willow scrub woodland. The bog is noted as being of national importance for the reed warbler bird and of regional importance for aquatic biodiversity. Along the banks of the St. John’s River there is a wide variety of common plant life, moths and butterflies, providing food and cover for mammals and birds.