Tweets of the Week from #Waterford 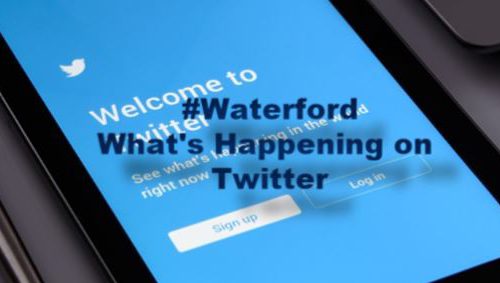 Tweets of the Week from #Waterford
We thought we’d have a look back at what tweets were being sent out using #Waterford in the past few days. Here are a few that we thought were good.
It’s great when the IDA tweets about Waterford

Quality of staff, the ecosystem and the environment were some of the key reasons why @routematch chose to establish an R&D Centre in #SouthEast #Waterford @CrystalValleySE . Watch the complete video at https://t.co/SmHhLjU1tw pic.twitter.com/fbKs3LznFL

And people seem to agree with the message from the video!

Can’t agree more with Larry about the great lifestyle in #Waterford Great to see @routematch & so many other @CrystalValleySE tech companies going from strength to strength @BizWaterford https://t.co/RfcV8MNolV

People seem to be singing the praises of Waterford this week and why wouldn’t they?

Delighted that the ”Waterford News & Star” have picked up on a recent case study written about our colleague Gabriele Fangano and his experience of living and working in #Waterford, check out next weeks edition 👌#worklifebalance #Southeast #jobcreation https://t.co/riU5vtACTv pic.twitter.com/cGqh3wzdeY

With Bobby Butchers closing it’s doors the message here is to make sure you shop local!

Another local business gone. 😫
How about we get our chocs from a local artisan & Valentines cards from an artist friend today? #shoplocal #Waterford https://t.co/BqJVbgsEkw via @ThatsFarming

The Peace Proms with the Cross Border Orchestra were at WIT Arena last weekend and what a show it was!

We have some amazing street art in the city!

Singing the praises of the Cliff House Hotel in Ardmore

My proper medium steak at the @cliffhousehotel tonight. I’ll be doing two rounds of the cliff walk in Ardmore in the morning to work it off! #waterford 🥩 pic.twitter.com/ELKX3H1ZAr

Did you know that there are 36 Waterford’s in the world? But some of them use the same hastag! Aaaagh

If you’re looking for work in #Waterford, NY, check out this job: https://t.co/pr5v4gWjz4 #ProductMgmt

We have an amazing coastline in Waterford and we forget at times that it’s a long one!

We have some great young talent in Waterford

So that was just a little taster of some of the tweets from the past few days don’t forget to use #Waterford on twitter and Instagram!