Waterford Dating: How to Chat Someone Up in Waterford 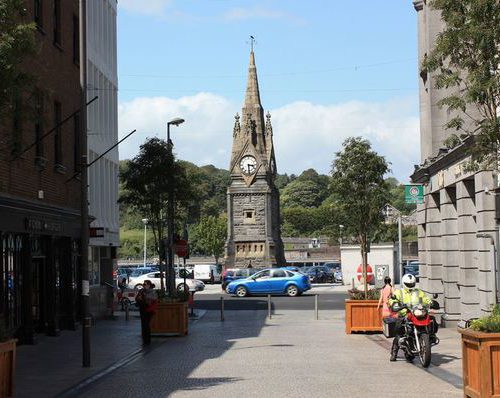 By Michelle Heffernan
Dating is hard, even in the Deise, where everyone seems to know your ruined relationship history better than yourself. Try our Waterford in Your Pocket guide to dating in Waterford, with focus first on the art of chatting someone up in Waterford.

When it comes to Waterford “wans”, there’s only one way to start off a conversation and that’s and a good old heartfelt “Well”.
Ease them into familiarity with your total creepiness by sticking to this deise neologism, and add on a “how are you getting on”? or “what’s the craic” for more nods towards your normalcy.
Despite temptation do not declare that you have road frontage, play gaa or open with “do you like cheese? Cos I’m an easi single!”. Statistics have shown these sentences can be followed by fatally dirty looks and/or attacks by zombies. LARGE GROUPS OF WOMEN ARE VERY DANGEROUS. Be particularly cautious here.

You’ve got her attention now give her a reason to listen to your utter tripe. Pretend you already know her,in real life, that is, and have not just had a virtual relationship with her facebook profile for many months. Try one of the following:
-Do I know you from the back o’ Geoffs?
-Was I out in the college with you?
-Were you down in An Rinn with me?
Do not under any circumstances reveal that you have been tailing her around the the local fitness club for months like a blue arsed fly and have already memorised her gym gear for each different session. If you’re not the kind who’s ever drank in Geoffs, been to WIT, or gone to Dungarvan (are you actually from Waterford?) then you better ask her fast if she’s related to someone you know. Throw around names like Power, Walsh,or Mario Rosenstock if needs be. Stop staring at her diddies and get on with it.

Look, all likelihood is, if she’s from town, you already know her, you shifted her friend in Rubys back in the day or you at least saw her in the queue at the chipper once. Nevertheless, pretend you’re pure innocent and thick and ask “Are you from Waterford yourself?”. Hopefully at this point she’ll reveal something you can latch on to, like the fact that you’re nanny’s neighbour’s nephew was in her class in school or she’s actually from Poland you giant gobdaw.

She doesn’t know it yet, but you’re obviously going to bail on every single one of the lads if it means you end up where she is at the end of the night. You’ve got about a kilometre radius between Geoffs, Tullys, Shortts, the Reg, Sinnots, and god forbid, Slieverue.
Cue “Are you out for the night so?” and lay on your plans to meet the lads in Rev for a few before heading on to another local drinking hole. If you bribe every bouncer in the Applemarket you might at least catch wind of where she’s getting food after.
Unless she’s driving. ABORT IMMEDIATELY. She’s sober enough to remember every word of this conversation and put a warrant out for your arrest the local papers!

It’s absolutely vital you end the conversation before she has the opportunity to. Resist the urge to ask if she’d like to be buried with your people, and leave before her vultures tear into the cut of your outfit.
Simply say “right I better find the lads”, (can be real life friends or imaginary) and tell her you may see her after. Or out the back o’ Geoffs again  (you witty fellow). Hopefully, by the good graces of God and holy Mary sweet mother of Jesus you’ll have at least gotten her name at this stage for the Facebook add. And then you’re golden! Now you can spend the next 48 hours spying on her entire online history, before you swoop in with the winning online message “Well…did you have a good night?”. Oh you’re smoother thank silk you are.

Please note, the above can be attempted in reverse, by women to men, but that’s generally not necessary, as most girls in Waterford are at least twice as good looking as the fellas around town. You’re just going to have to make sure he’s single and not your cousin 🙂