Why do we fear Friday the 13th?

Would you believe that some people take to their beds or refuse to leave the house on Friday the 13th?  This is a phobia or condition known as “Paraskevidekatriaphobia.”

So where did the superstition come from?  Well one theory is that the fear of Friday the 13th is connected to the Christian belief that Jesus was crucified on a Friday. The number 13 is also significant in Christianity, as it was the number of people present at the Last Supper, which included Jesus and his 12 disciples. 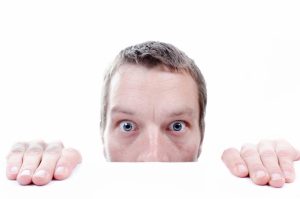 Another theory is that the fear of Friday the 13th is connected to Norse mythology. In Norse mythology, the goddess Frigga was the goddess of love, marriage, and fertility, but was also considered to be a powerful witch. It is said that Frigga was so powerful that she was able to control the fate of all mortals. On Fridays, Frigga would meet with her 11 other witch-companions to plot and plan the fate of mortals. The number 13 was seen as an unlucky number because it represented the 13 witches who were conspiring against humanity.

Whatever the case may be there are a lot of people who believe that bad things are more likely to happen on this day, and as a result, they may choose to avoid certain activities or behaviors that they associate with bad luck.  May airlines don’t have a row 13 on the planes including Ryanair.

Despite the superstition, there is no scientific evidence to support the idea that Friday the 13th is an unlucky day. In fact, studies have shown that there is no increase in accidents or other negative events on this day.

So even though many of us remain superstitious and fear Friday the 13th you have a few months before the next one comes around.  There is only one Friday the 13th left in 2023 and that’s in October.