Winterval Festival officially opens in Waterford today and is set to welcome 600,000 festivalgoers

Winterval Festival Officially Opens in Waterford; Ireland’s Christmas Festival will officially open in Waterford City this evening (Friday, November 18th) with the arrival of the country’s first Christmas Parade commencing at 5:15 pm in the Viking City.

Santa Claus is, of course, the grand marshal and at 5:15 pm he will arrive in the city centre in a gigantic bauble having parked up his sleigh for the duration of this stay in Waterford, until December 23rd. The parade will commence from The Clock Tower on Waterford’s historic quayside and travel up Barronstrand Street into John Robert’s Square where upon reaching the main stage Santa and his band of merry elves will join the Mayor of Waterford Cllr John O’Leary in officially lighting up the festive season in Waterford as they switch on the lights at 6 pm.

The festival organisers are expecting 600,000 people to enjoy the Winterval Festival between now and Christmas Eve delivering an economic contribution of €30 million.

Festival Directors John Grubb and Trevor Darmody say, “Winterval is a festival which has broken all records and apart from covid impacted years it has grown exponentially each year. This year being the 10th anniversary of the festival there is an extra special programme of events on offer with a different one-off special event taking place each weekend in addition to the ongoing festival programme. For that reason, coupled with the delight of the freedom to enjoy Christmas once again, ticket sales are thriving and anticipation for the festival is high.

There are six weeks of Winterval and we are expecting 100,000 festivalgoers for each of those weekends, we have 40 events on offer with 25 of those on offer for free, so there is plenty to see and do and room for crowds to enjoy the expanse of the festival and the city.

The expected economic boost from a breakdown of day trippers from outside of Waterford and from domestic overnight visitors would offer an economic boost to the City in the region of €30 million. The festival also created over 500 seasonal jobs directly plus multiple indirect jobs and we have hundreds of volunteers and community groups involved too.

This is all a huge economic boost to the city and is essential for what is typically an ‘off-season’ tourism time of the year and to support businesses that were greatly impacted during pandemic lockdowns.”

Winterval Festival highlights include a gigantic and magical talking postbox with an elf post-collection show each weekend, magic mirrors and a host of free children’s workshops, a free shadow puppet show plus the magic lights of GLOW in New Street Gardens. The Winterval Illuminates light show on offer every half hour, the ice rink on the city’s Quayside to the vintage Ferris wheel at Arundel Square, a vintage carousel, the Port of Waterford Eye, the Winterval Mini Express train, a virtual ride in Santa’s sleigh plus a Wizard and Dragon interactive exhibition. Plus there will be Santa Paws for doggies and the Gerbola Circus will be hosting a festive circus show in their heated Big Top tent each weekend.

Santa takes centre stage at the festival in the heart of the city at Santa’s Central Station. There will be live music on stage each weekend in Waterford’s cultural quarter featuring a mix of community and professional acts serving as the perfect backdrop to the wonderful Winterval Christmas market set out in a series of attractive wooden chalets through the spine of Ireland’s oldest city into the cultural quarter.

Waterford’s heritage takes a prime position with Déise Medieval will host a traditional Viking Settlement. A Winterval by night programme will be offered at The Reg alongside their World Cup fan zone, plus Christmas concerts at the Cathedral and music at Waterford Crystal.

The Winterval festival is supported by Waterford City and County Council. The full Winterval Festival programme is available to view and book online at www.winterval.ie 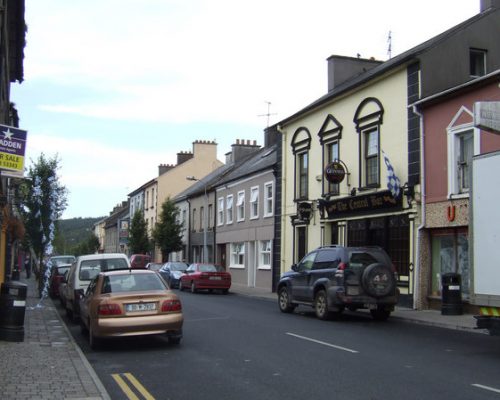