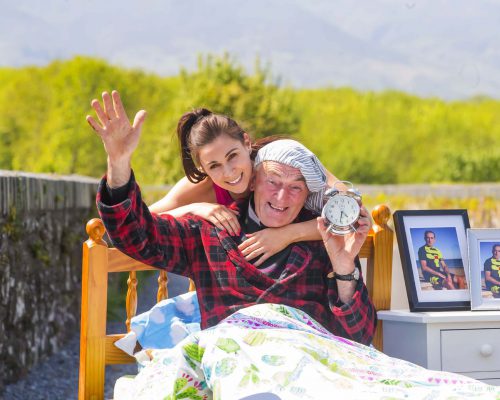 * Charity event limited to just 500 places
Registration is now open and places are filling up fast for the Sean Kelly Dawn Chorus Cycle, a charity, leisure and pleasure event on the Waterford Greenway on Saturday, July 14.
Because the leisure event is limited to just 500 participants and cyclists aged 10 and over, anyone interested in completing either of the two cycle routes is encouraged to register now on www.dawnchoruscycle.com
The first of two cycles starts at 4:30am when the Sean Kelly Dawn Chorus East Route leaves Kilmacthomas for Waterford City’s Bilberry Car Park and a 46km return trip.

The second group of cyclists sets off from the same starting point at Rainbow Hall, Kilmacthomas at 5am and travel the slightly shorter 43km West Route to Dungarvan and back. Both events will take place fully off road on the magnificent Waterford Greenway.
Waterford City and County Mayor, Cllr Pat Nugent, has chosen two worthy beneficiaries with part of the funds raised going to Solas Cancer Support Centre and St. John’s Special School, Dungarvan.
The entry fee is €40 per adult; €20 per child over 10 and a family of four can register for €100.  The entry fee includes refreshments at the half way points – Dungarvan and Bilberry – as well as a post event healthy breakfast back in Kilmacthomas. Each participant will also receive a goody bag at the finish line.
This event takes part during the Comeragh’s Wild Festival.  For more information check out their Facebook page.