Waterford Walls Another Success in 2018 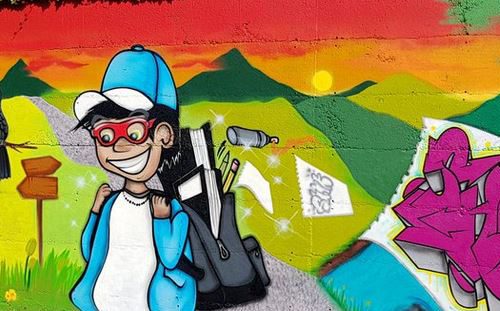 Waterford Walls Another Success in 2018

Waterford Walls is an international street art festival started by The Walls Project that transforms Waterford City into an open-air gallery. Waterford Walls invites over 50 artists again in 2018 to transform our city walls, continuing to make Waterford an essential cultural attraction and International go to street art destination. Thousands have flocked to Waterford to witness the magic happen again in Year 4 of this exciting and unique project.

A massive well done to everyone involved!  It just goes to show, when like minded people get together what can be achieved!
Here are a few tweets that we came across!  Remember that you can visit any of these areas in Waterford City at anytime!

Some of the artists at work @WaterfordWalls earlier today.

Everything I’m not makes me everything l am ❤ #WaterfordWalls pic.twitter.com/ZIT1vnCWw9